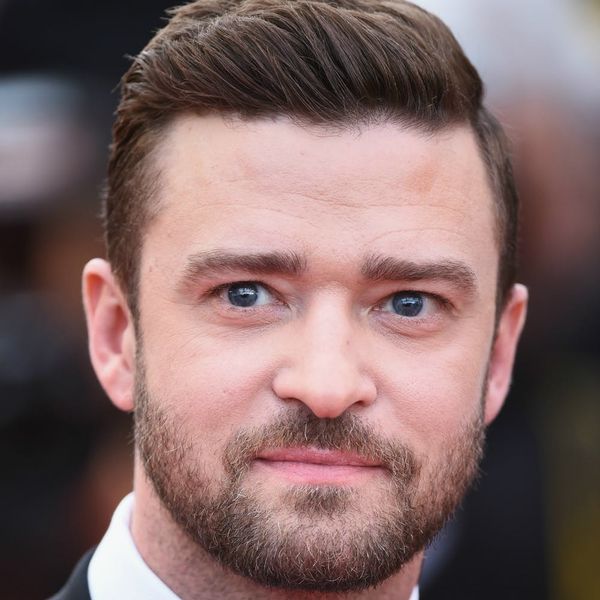 Being a working parent can be hard. Really hard. So hard, in fact, that even celebrity parents like Justin Timberlake and Jessica Biel aren’t immune to the pains of the work-life-balance struggle.

Mrs. Timberlake recently got candid about what it was really like being on the job (albeit while with child), and now, JT is sharing a few feelings of his own on the topic in new interviews with ET and the TODAY show. In Cannes with co-star Anna Kendrick to promote their new movie Trolls, Justin says that while he keeps in touch with his wife and 13-month-old son Silas via Skype, it doesn’t quite replace the real deal.

“It’s probably gotten old… I’ve just been showing Anna videos over and over again,” he told ET. “This is tough. I mean, Cannes film festival is amazing, but my son is everything.”

FLEXIN' on Fathers Day... #HappyFathersDay to ALL of the Dads out there from the newest member of the Daddy Fraternity!! --JT

He means it: Apart from making traveling difficult, at least on the old heartstrings, JT told TODAY that his son has inspired some heavy reflection with regard to his career and lifestyle.

“You think about the next five years, and the next five years after that, and you think a lot about the lives that me and my wife lead — I wonder what privacy’s gonna’ mean in 20 years,” he pondered. “Those are the questions that enter my mind for sure. But I think that’s something that you don’t have control over. I think the best thing I can do is try every day to give your kid perspective, so that they understand what it means and what it doesn’t mean.”

Justin goes on to say that Silas has even influenced the types of work projects he will accept — like Trolls, for instance. “Hopefully one day when he sees it, he’ll be like, ‘yeah, that’s my dad!’” he said.

Regardless, the pop star did tell both outlets that a new “official video” will likely be upon us within the next week: Eyes, officially peeled.

Do you relate to the issues Justin raises as a working parent? Share your thoughts with us @BritandCo!

Nicole Briese
Nicole is the weekend editor for Brit + Co who loves bringing you all the latest buzz. When she's not busy typing away into the wee hours, you can usually find her canoodling with her fur babies, rooting around in a bookstore, or rocking out at a concert of some sort (Guns N' Roses forever!). Check out all her latest musings and past work at nicolebjean.com.
Celebrity Baby
Parenting
Celebrity Baby Parenting work
More From Parenting