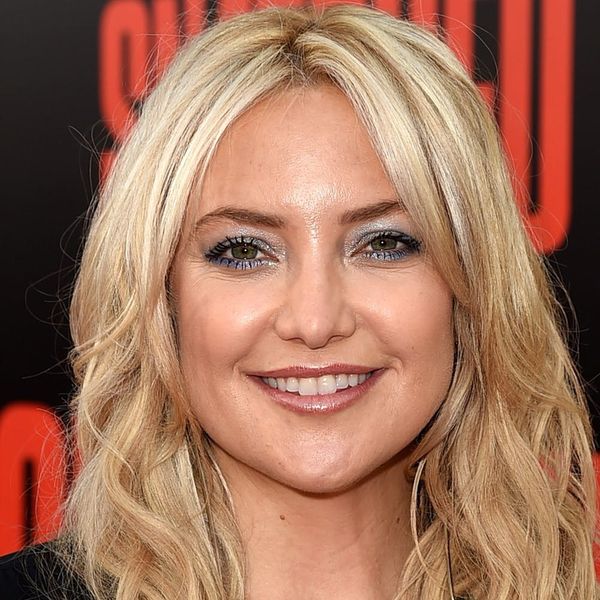 Kate Hudson’s look is no longer the quintessential California girl! The 38-year-old actress has just buzzed off her long blonde hair tresses, proving she can rock badass as well as boho.

Hudson sacrificed her hair for a new role in a film called Sisters, which is now being filmed in Los Angeles. The film is written and will be directed by none other than Sia (yes, “Titanium” Sia!).

While the How to Lose a Guy in 10 Days star is far from the first celeb to undergo such a change — Kristen Stewart and Cara Delevingne immediately come to mind — it’s still a *very* different look than the one we’re used to seeing on Hudson.

Sisters is based on a one-page story that Sia wrote eight years ago. “I was too embarrassed to tell anyone I wanted to make a movie because I thought it would be seen as a vanity project because I am a singer,” she revealed to The Hollywood Reporter. The singer continued on to say that directing her music videos had given her courage, quipping, “After I made the ‘Chandelier’ video, I realized I was pretty good at directing, so that made me a little braver.”

What do you think of Kate sans hair? Tell us @BritandCo.

Nicole Briese
Nicole is the weekend editor for Brit + Co who loves bringing you all the latest buzz. When she's not busy typing away into the wee hours, you can usually find her canoodling with her fur babies, rooting around in a bookstore, or rocking out at a concert of some sort (Guns N' Roses forever!). Check out all her latest musings and past work at nicolebjean.com.
Celebrity Hair
Hair
Celebrity Hair Haircuts
More From Hair