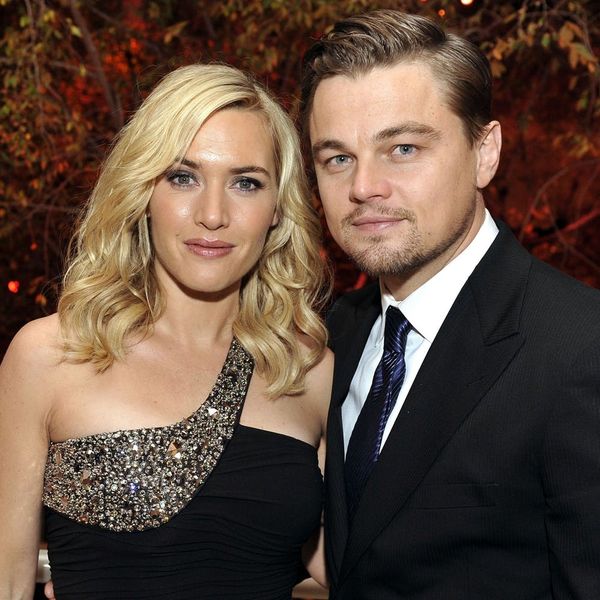 It’s been 20 years since we first fell in love with Kate Winslet and Leonardo DiCaprio in 1997’s Titanic, but they’ve continued to charm us endlessly in the years since with their adorably pure friendship. After recently admitting that they still quote the movie’s lines to each other (*swoon*), Kate Winslet has also just revealed that her best memory of the film.

“I remember so much of it like it was yesterday,” Winslet told Entertainment Weekly at the Toronto International Film Festival this weekend. “I think the most special thing, the best memory I have, really was the cast and the lovely crew. For me that’s one of the best things about being in this business is getting to work with incredible technicians who are always great, committed, professional, fun people to spend time with and to go to work with, and we really had that on Titanic.”

There’s obviously one cast member who stands out among the rest, though. Winslet added, “And, of course, I walked away with one of the greatest friendships of my life in my back pocket, which is Leo.”

She continued, “We know each other in a very unique way, I think, because of the experience we both had on that film and having to take care of one another.”

Unfortunately, the longtime friends — who also costarred in 2008’s Revolutionary Road — have no plans to work together again anytime in the near future. But we’ll keep our fingers crossed that these Hollywood besties reunite on screen someday.

For now, you can look forward to seeing Winslet in The Mountain Between Us, which just premiered at TIFF and will open in theaters October 6.

Do you have a friendship like Kate Winslet and Leonardo DiCaprio’s? Let us know @BritandCo!