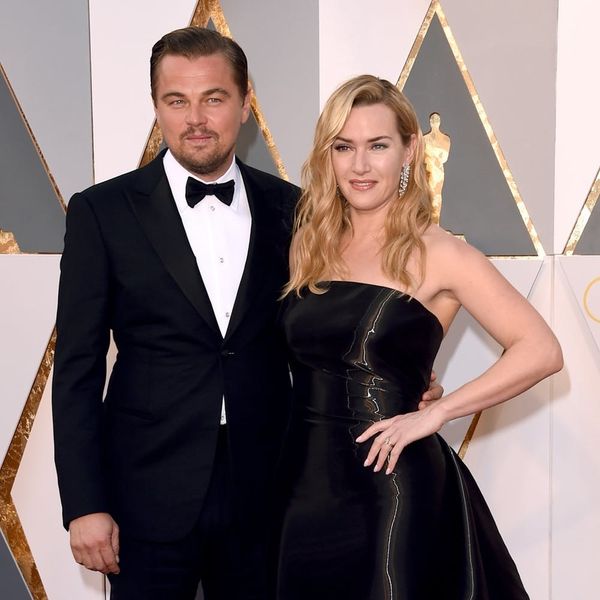 By now, we’re all aware of the deep and lasting friendship Leonardo DiCaprio and Kate Winslet formed on the set of Titanic more than 20 years ago. The BFFs have never been shy about their love for each other, and in her cover story for Glamour UK’s October issue, Winslet again talked about how close the two are, and how they still, to this day, quote their lines from Titanic to each other.

In her interview, which Glamour teased with a few gems before it hits newsstands, Winslet said that she and DiCaprio are in regular communication. “You don’t even want to know the last conversation we had, because it was so funny and made me laugh so much,” she shared. “We found ourselves saying to each other, ‘Can you imagine if the world really knew the stupid things we say?'”

While Winslet refused to share the details, she added, “We’re very, very close and sometimes we do quote the odd Titanic line back and forth to each other, because only we can, and we find it really funny.”

The stars are so close, in fact, that DiCaprio walked Winslet down the aisle when she married Ned Rocknroll in 2012. And when he *finally* won an Oscar in 2016, Winslet shed more tears than anyone.

The actress also told Glamour about her Plan B if acting didn’t pan out (” I had a fleeting idea about becoming a hairdresser, but I cut off a friend’s earlobe trying to cut their hair”), and about filming her upcoming thriller, The Mountain Between Us, with mega hunk Idris Elba.

“The most difficult part was being dragged soaking wet through the cold snow, but my biggest fear was not actually getting pneumonia, it was Idris [Elba] treading on my hair,” she told the mag. “I didn’t want to ruin a take by going, ‘ARGH, he’s stepping on my hair!’”

Do you and your BFF have a favorite movie you quote to each other? Tell us @BritandCo!