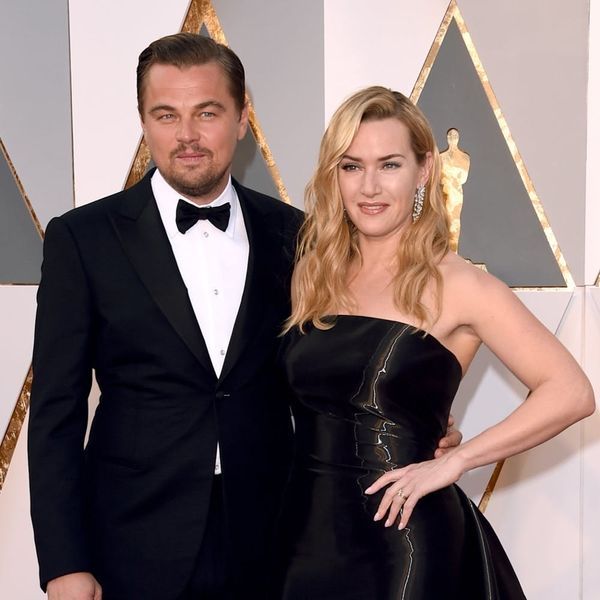 Currently-single Leonardo DiCaprio may not be able to make things work in the long run with the models he likes to date, but at least he can take pride in his long-term, devoted friendship with Kate Winslet. And though it seems like these two are a match made in movie-making heaven, the actress has something to say about teaming up with DiCaprio again that you might not like.

Chatting with E! about her new role in The Mountain Between Us, the chilly nature of the filming she endured naturally brought up her waterlogged scenes with DiCaprio during Titanic. While Winslet admitted that her latest role was much more intense when it came to the cold, she also revealed that she would occasionally send her friend pics of herself tackling the snow and ice to which DiCaprio would respond with “slightly worried emojis.”

Let’s just take a moment to appreciate how wildly sweet that is.

However, when asked if she would be joining DiCaprio for another project any time soon, she answered, “At the moment, no. There’s nothing that Leo and I have planned.” Bummer! Though she did add, “But as always I would love to work with him again one day but who knows? It might not happen until we’re 70.”

Though we would definitely love to see Winslet and DiCaprio team up as adorable elderly friends, we certainly hope we don’t have to wait that long before we see them on screen together once again.

Would you love to see Kate Winslet and Leonardo DiCaprio work together in a movie again? Let us know @BritandCo!