Is Katy Perry Making a Cameo in Taylor Swift’s Next Music Video? 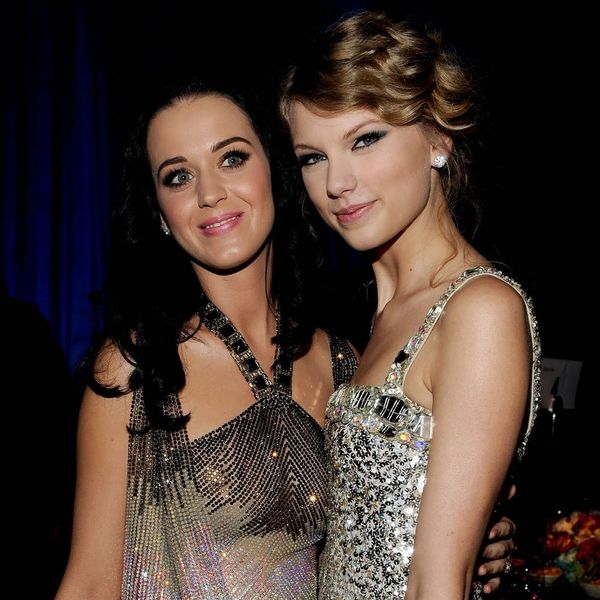 Taylor Swift and Katy Perry have one of the entertainment industry’s most infamous feuds. But there are rumors that the two are about to surprise everyone with a reconciliation, and that Perry will make a cameo in Swift’s upcoming music video for “End Game.”

The singers’ feud has been playing out in their music for years, first in Swift’s “Bad Blood,” then in Perry’s “Swish Swish,” and more recently in Swift’s “Look What You Made Me Do.” And while some people might revel in the drama, a lot of other people would like to see some friendly vibes between the two.

That’s why fans were thrilled when TMZ posted footage of Swift shooting her new video for “End Game.” The clips showed the “…Ready for It?” singer filming with Future and pulling off some slick moves with a group of backup dancers — one of whom sports short blond hair and a silver jumpsuit. It’s hard to make out any faces from a distance, but fans think it may be Perry.

Just take a peek at what the singer was slaying on stage this summer.

Who are you going to WITNESS: The Tour with? Buffalo, Charlotte, Quebec City, Kansas City & Grand Rapids, your Witness: The tour tickets at all price levels are on sale today! -TeamKP

It’s mostly speculation at this point, but E! News reported that the two songstresses made up this past week while they were both in Miami (where Swift shot the video). The site also claimed that the American Idol judge did in fact make time to show up and film a cameo.

Neither lady has confirmed or denied anything yet, though, so we’ll just have to wait for the “End Game” video to see if this is actually the end game for their feud.

Do you think that’s Katy Perry or a Katy Perry lookalike in Taylor Swift’s new video? Let us know @BritandCo!