Kenneth Bone’s Sweater Is the Topical Costume of Halloween 2016 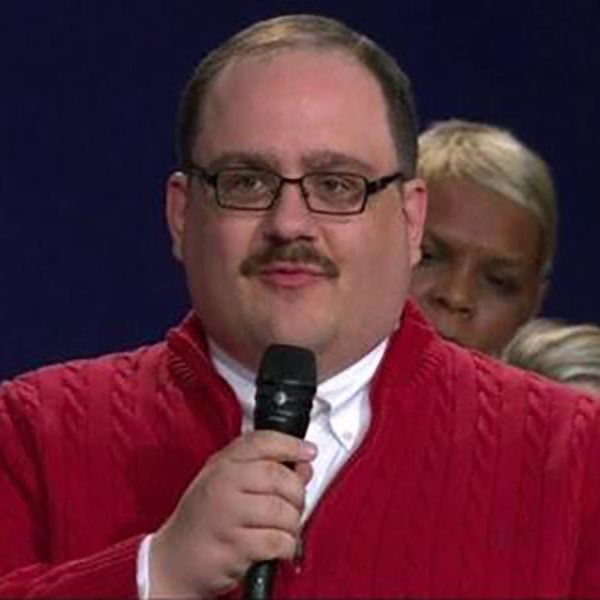 Last night’s two-hour debate made it crystal clear that its now war between Hillary and Trump. The two candidates left no table unturned or insult unsaid in St. Louis. However, things ended on an unexpected high note when Kenneth Bone asked the two to name something they respected about each other. WHAT A TWIST. In short: Hillary said she thought highly of his children. Trump said Hillary is never one to quit. Naturally, Kenneth quickly became a viral sensation and was immediately celebrated on Twitter.

Ken Bone is the hero we need, but not the one we deserve

Then he was interviewed on CNN this morning and solidified his place as America’s hero because he showed up for the interview in the EXACT same outfit. When the anchor asked him about his outfit choice, Kenneth charmingly responded, “I don’t see how I could not have worn the red sweater this morning. It’s more famous than me.” LOL. Kev, you’re the best.

And you know what? You’re also probably going to be the go-to topical costume of 2016. Not only does Kevin represent the one uplifting moment from from this volatile election, but it will literally take five minutes to put together. Red cable knit sweater, khakis, a white button-down, a fake moustache and some glasses. Done and done. The superhero costume of 2016.

I just cant wait for the sexy #KennethBone Halloween costumes to hit the shelves. #debate pic.twitter.com/j18yLqdqIF

Are you running out to buy a red sweater for your Kenneth Halloween costume? Let us know @BritandCo.

Cortney Clift
Cortney is the senior writer and special projects editor at Brit + Co. She typically covers topics related to women's issues, politics, and lifestyle. When she's not buried behind her computer you'll find her exploring New York City or planning her next big adventure.
Halloween
Politics
Halloween
More From Politics