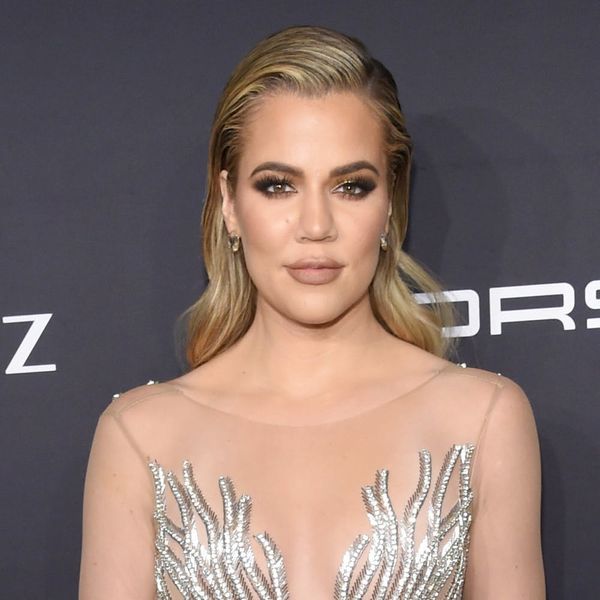 When it comes to pregnancy, there’s certain food items mommys-to-be are advised to nix from their palette — raw fish, for example. Soft cheeses, for another. For Khloé Kardashian, however, being with child is actually expanding her menu, as the momma-to-be is once again noshing on a food she typically avoids.

As the Revenge Body star’s nutritionist, Philip Goglia, revealed to People, the 33-year-old, who had previously nixed dairy from her diet, is reintroducing the staple in small doses. “She’s added a smidge of dairy,” Goglia revealed, adding, “She makes sure to have good, consistent eating patterns and exercise protocols.”

Though Kardashian has been doing great sans the food group she called her vice, losing 11 pounds in a month and seeing improvements in her skin and energy levels, as New York-based R.D. Jessica Cording explained to Delish, “Calcium is a very important nutrient during pregnancy.”

As she points out, though it IS possible to get calcium from non-dairy sources, including tofu, almonds, and dark leafy greens, dairy also provides things such as vitamin D, protein, probiotics, and other key ingredients that health expert Jennifer Wider tells the outlet are vital for developing “baby bones, teeth, muscles, nerves, and heart development” during pregnancy and in the breastfeeding stages.

Those with dairy allergies needn’t fret, however: Cording tells Delish that supplements, like prenatal vitamins, can also be helpful in supplying those necessary goodies.

What diet changes did you make during your pregnancy? Share with us over @BritandCo.

From Your Site Articles
Nicole Briese
Nicole is the weekend editor for Brit + Co who loves bringing you all the latest buzz. When she's not busy typing away into the wee hours, you can usually find her canoodling with her fur babies, rooting around in a bookstore, or rocking out at a concert of some sort (Guns N' Roses forever!). Check out all her latest musings and past work at nicolebjean.com.
Celebrities
Food News
Celebrities Diet Kardashians Pregnancy
The Conversation
Reviews:
More From Food News