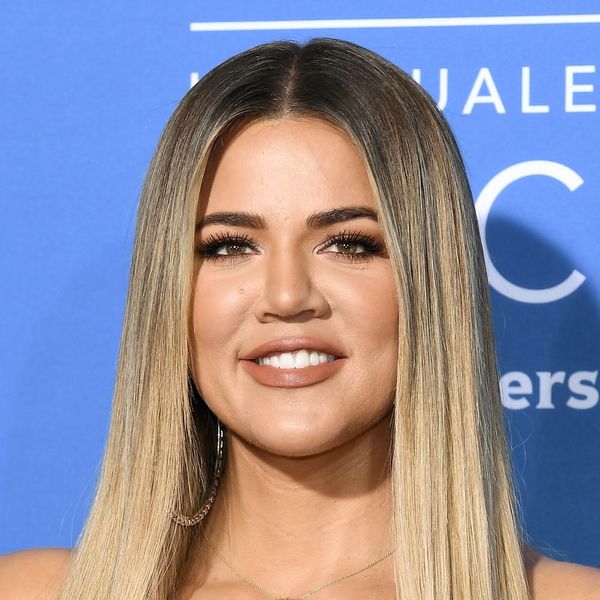 Khloé Kardashian has made no secret of the fact that she works hard on her figure: Her workout routine is pretty much #FitnessGoals. But all of that hard work means little if you’re not nourishing your bod with the proper sustenance. After all, as her nutritionist, Dr. Philip Goglia, recently told Healthista, when it comes to nutrition and weight loss, it’s 80 percent in the kitchen, 20 percent in the gym.”

Now that we know the 10 things her nutritionist recommends she keep stocked in her kitchen, the health expert is getting even more detailed with the mag, giving us specifics on how often she eats all those fridge or cabinet-friendly finds, and when.

But keep in mind: It’s not exactly one size fits all (see what her sisters chow down on here). Goglia says that the 32-year-old is noshing on a customized diet comprised of seven meals a day that he helped to build specifically for her body type, based on how she “breaks down proteins, fats, and carbs.”

That being said, let’s have a look, shall we? For breakfast, Kardashian kicks things off with a shake comprised of a single scoop of whey protein powder, a tablespoon of almond butter, and fruit. She gets even more nutrients from her second pre-lunch meal, which consists of a piece of fruit of her choosing (though we’re guessing it’s more akin to an apple or a banana than a strawberry or a plum).

From there, she gets into the more hearty goods, savoring a four-ounce chicken breast with veggies and salad (beetroot or spinach, if we’re talking particulars).

By meal four, our girl is taking in a healthy dose of veggies, which might include a cup of celery or tomatoes with some almonds for some texture, followed by more of the same for meal five, only swapping the almonds for an egg.

That takes us to the star of the culinary show: dinner. Kardashian gets down on some fatty fish in the form of salmon, sea bass, black cod, or Arctic char, along with eight ounces of vegetables and salad, before indulging in dessert: more fruit!

That’s not to say that the denim designer is superhuman or without her indulgences, however. Though she gave up dairy early last year, Goglia tells the outlet that she does have her “cheat days” every eight days or so, splurging on things such as cake, pizza, or pasta, depending on how she’s feeling. Typically not on that list? The no-nos Goglia has listed for her shape include dairy, dried fruits, diet foods, fizzy drinks, soy, and things such as bread, bagels, and muffins.

As for drinks, girl washes it all down with plenty of water, which Goglia cites as his most important piece of advice. “Regardless of her food choice or the day, Khloé always makes sure to keep her water intake up.” According to the good doctor, that means ½ to one ounce of water per pound.

Though let’s be honest… there’s also the occasional indulgent cocktail besides (wink, wink).

Would you be able to eat like Khloé on the reg? Tell us over @BritandCo.

Nicole Briese
Nicole is the weekend editor for Brit + Co who loves bringing you all the latest buzz. When she's not busy typing away into the wee hours, you can usually find her canoodling with her fur babies, rooting around in a bookstore, or rocking out at a concert of some sort (Guns N' Roses forever!). Check out all her latest musings and past work at nicolebjean.com.
Diet
Celebrity News
Diet
More From Celebrity News