Why Kim Kardashian Had to Delete That Selfie 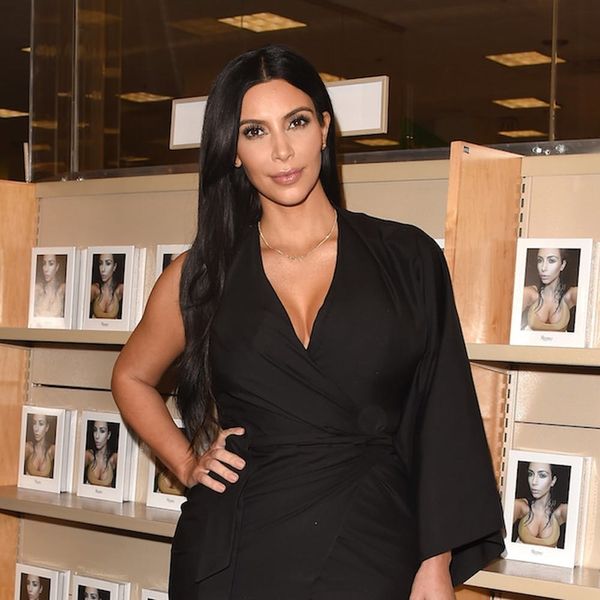 Pregnancy has not slowed the Kim Kardashian West headline-making engine one bit (frankly, neither has the Perez Hilton #KardashianKleanse). Kim posted a controversial naked pregnancy selfie to shut down rumors that she was faking her pregnancy yesterday, and about two weeks prior, she came under fire for posting about Diclegis, an anti-morning sickness medication she was using to treat her NVP.

At the time, commenters fell on both sides of the fence in regards to this post — those who disparaged the use of medication and those who had positive experiences during their own pregnancies with the drug. The US Food and Drug Administration, however, were not fans of the post and asked the star to remove the pic because it didn’t provide enough info on the side effects of Diclegis.

The warning letter that the FDA issued to the vice president of Duchesnay called the post “false or misleading in that it presents efficacy claims for DICLEGIS, but fails to communicate any risk information associated with its use and it omits material facts.” Apparently if you’re getting paid to Instagram about a prescription drug, you have to include a disclaimer that provides the mentioned risk information “regardless of character space constraints.”

Now you understand all of those rushed “side effects may include…” endings to any and all prescription drug commercials.

What do you think of Kim removing the selfie? Tell us in the comment below!

Kimberly Wang
Kimberly Wang writes about all things pop culture, tech, style, and beauty. She's a Bay Area transplant and has an MFA in Creative Writing from Columbia University. On a sunny New York day, you can find her hanging out with her mini schnauzer Isabelle Jellybean on a blanket in Central Park.
Kardashians
Health
Kardashians Selfie
More From Health