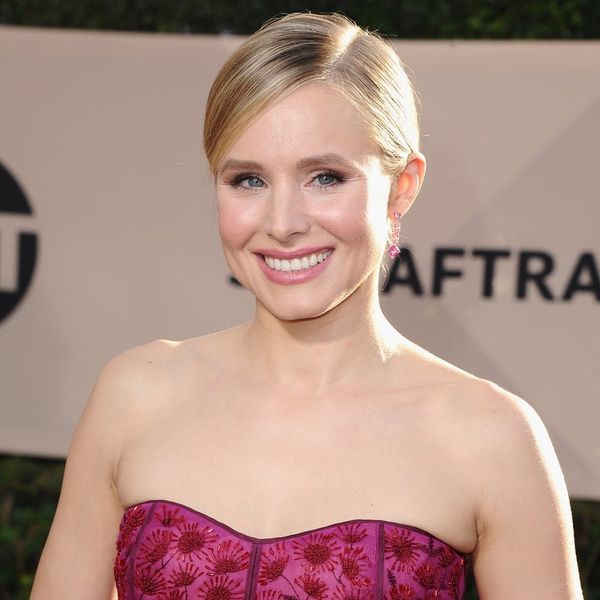 The Frozen sequel is still over a year away, but Kristen Bell, the voice of Anna, just gave a pretty exciting update on how the highly anticipated film is coming along.

“Well, you know I can’t say a lot because Disney has people everywhere,” the Good Place star joked on TheEllen DeGeneres Show on Thursday. “I have recorded the movie. There will be edits before it’s finished,” she continued, clarifying that it’s still very much a work in progress, even if all of the important parts are in place. “I know the songs; I know the story — it’s very good!”

Bell then covered her face with her hands, saying, “I can’t say much more than that or I’ll get in trouble!”

It may not be much to go on, but fans of the 2013 animated hit have been able to bide their time waiting for part two with lots of Frozen-related goodies in recent months. The Olaf’s Frozen Adventure short film played in theaters with Coco (and later made its way to TV) in late 2017, and a Broadway musical based on the movie is now on stage — and it features more than a dozen new, original songs.

Recently, Frozen writer and co-director Jennifer Lee hinted at some possible directions the story could take, even saying that the creative team hasn’t ruled out fan suggestions of giving Elsa a girlfriend. “I love everything people are saying [and] people are thinking about with our film ― that it’s creating dialogue, that Elsa is this wonderful character that speaks to so many people,” Lee told HuffPost. “It means the world to us that we’re part of these conversations.”

Are you excited for the Frozen sequel? Let us know @BritandCo!