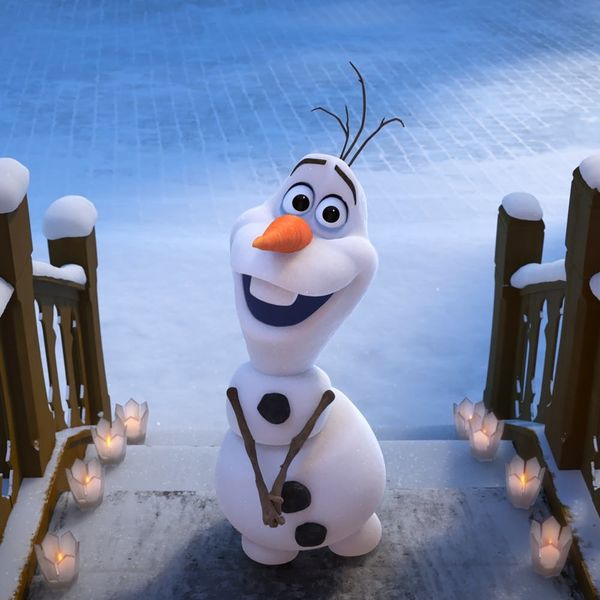 When Disney introduced Olaf’s Frozen Adventure to fans at screenings of the new Pixar animated feature Coco, reactions were mixed. Fortunately for both the people who didn’t like it and the people who did (or still want to see it), the folks behind the scenes have decided to try a new tactic by taking the snowman’s story out of the theater and bringing it to TV.

Olaf established himself as a new favorite character when he popped onto the scene (and the screen) in 2013’s Frozen, and we have no doubt that a fair share of people (kids and adults alike) would love to see more of him and his pals. But some audience members at Coco showings weren’t keen on the fact that they had to sit through 22 minutes and several songs of an unexpected mini-movie before getting to the film that they had paid to see.

Starting today, December 8, Olaf’s Frozen Adventure will no longer play in theaters with Coco. Instead, the episode-long story will air on ABC at 8pm on December 14 as part of the network’s 25 Days of Christmas.

According to Entertainment Weekly, the move has nothing to do with audience reactions to the short. “This was always promoted as a limited run so it’s not really a story — the end of our Olaf theatrical play is coming next week,” a Disney representative told EW. “All our ads and messaging called it as such.”

Additionally, according to Mashable, a TV run for Olaf was Disney’s original plan, before they decided to switch things up by pairing the snowy story with the tale of Coco‘s young Miguel, who dreams of becoming an accomplished musician but (of course) faces more than a few difficulties on his path to reaching his goal.

As for Olaf, we’re sure that plenty of people will tune in to watch his Frozen Adventure now that it will be shown on TV.

Are you happy that Olaf’s Frozen Adventure is headed to TV? Let us know @BritandCo!