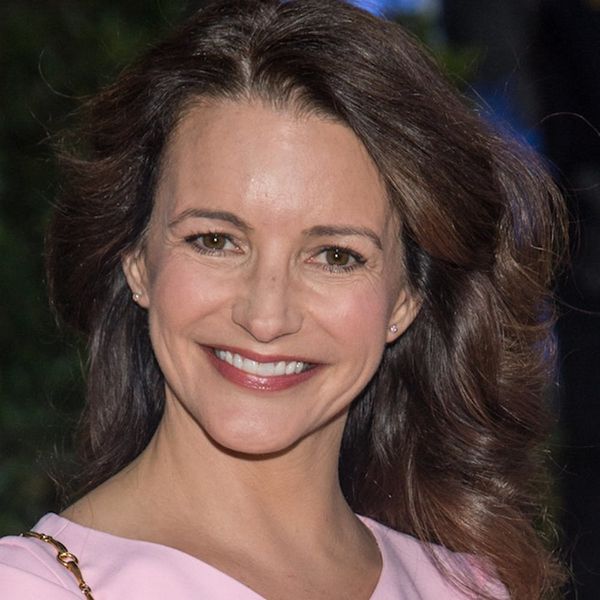 It’s been 13 long years since Sex and the City went off the air (*tear*), but the image of Charlotte York’s enviable shiny, bouncy locks remains #hairgoals to this day.

Surprisingly, Kristin Davis, who played Charlotte, recently shared the shocking news with fans that her hair hasn’t exactly been the pinnacle of health since filming wrapped on the hit show.

I am so excited to share with you guys that I have found a new product that I LOVE for my hair. Remember a while back I said I was in hair rehab? My hair kind of disappeared - it got thin + super damaged, seemingly overnight 😳. That's when I found @volairehair Its a super simple shampoo+ conditioner ( plus 2 styling products for even more volume ) And the best part is that your hair is soft AND full! Not sticky . And there are no sulfates! I really love it + it's finally available at Volaire.com #volumehair #heathyhair #softhair #love #styledbyme #ad

“Remember a while back when I said I was in hair rehab?” she began. “My hair kind of disappeared — it got thin and super damaged, seemingly overnight.”

She went into further detail with WWD, telling the mag that her locks have never been particularly easy to work with. “[It] was always very difficult hair, which no one believes when I tell them — it’s always been not quite that easy,” she said. “But because I had a lot of hair the professionals could help me make it look nice. It’s not like I woke up and I had Charlotte hair.” It became nearly impossible after she began losing more than the standard 100 hairs a day. “My hair just was not what it used to be,” Davis, 52, said. “It was very fine, like it had gone away; there just was hardly any hair there.”

Whoa. While it’s hard for us to picture Davis with anything less than luxurious tresses, she says her hair got so bad at one point that she asked her stylist Luke O’Connor for help. Luckily, he was able to recommended what is now her not-so-secret-weapon.

“I am so excited to share with you guys that I have found a new product that I LOVE…@volairehair,” she posted. “It’s a super simple shampoo and conditioner (plus two styling products for even more volume).”

Retailing for $12 to $34, the line includes the aforementioned cleansing products, an Uplift Volumizing Mist, and an Air Magic Texturizing Spray. The entire collection is sulfate-free and uses what the brand refers to as “airweight technology,” created with avocados and Omega fatty acids, to infuse air to the hair and give it lift.

Meanwhile, other ingredients, such as coconut, kelp, algae, and chamomile, help to remove impurities, moisturize, add shine, and strengthen.

“The best part is that your hair is soft and FULL,” Davis shares. “I really love it.”

Do you relate to Kristin’s struggles? Let us know over @BritandCo.