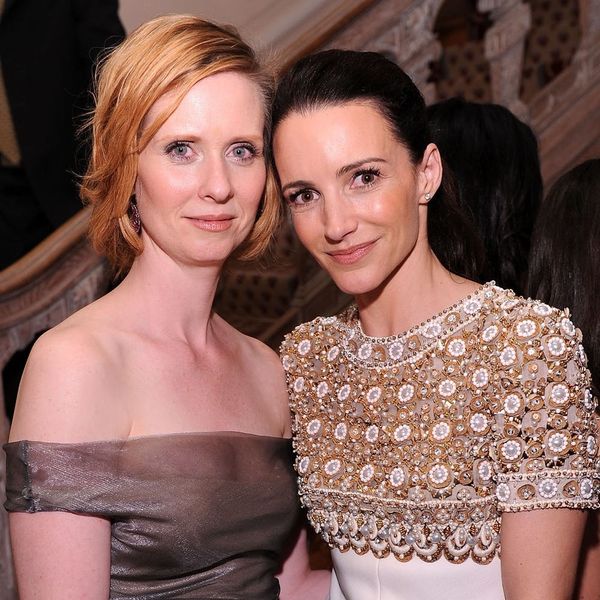 Cynthia Nixon has Charlotte’s vote! After her Sex and the City costar announced a long-rumored bid for governor of New York yesterday, Kristin Davis wasted no time in tweeting an enthusiastic endorsement. (So Charlotte of her!)

“I am so proud of @CynthiaNixon,” Davis tweeted hours after the news broke. “No one cares more than she does about EVERY person getting a fair change and a good education. I know she would be an excellent Governor!”

Davis, who starred alongside Nixon in SATC for six seasons and two movies, was also quick to put her money where her mouth is, noting that she had become a “Day 1 Founding Donor” and encouraging her 273,000-plus Twitter followers to do the same. “I’m excited to support someone I have known for 20 years to be one of the most intelligent and caring people in my life,” she wrote.

Willie Garson, who played Carrie Bradshaw’s close pal Stanford Blatch, also proudly announced that he’s in Nixon’s corner. “I can’t think of anyone who’s more prepared, more caring, more educated on the issues and more READY than @cynthiaenixon,” he posted on Instagram, along with Nixon’s two-minute announcement video. He later added on Twitter: “An educated, concerned, positive candidate, filled with empathy, not out for personal gain, who cares about SERVING, nor has spent life as a CAREER politician? We can pretty much ALL agree on this one…”

Several other celebrities, including Allison Janney, Rosie O’Donnell, and Sophia Bush, voiced their support, too. “Cynthia is brilliant and her concern for people is boundless,” Bush tweeted. “‘If not us, then who?’ INDEED!”

Nixon, who was born and raised in New York City, will face off against incumbent Governor Andrew Cuomo in this year’s Democratic primary, and she’s made one message clear: “I love New York but something has to change.”