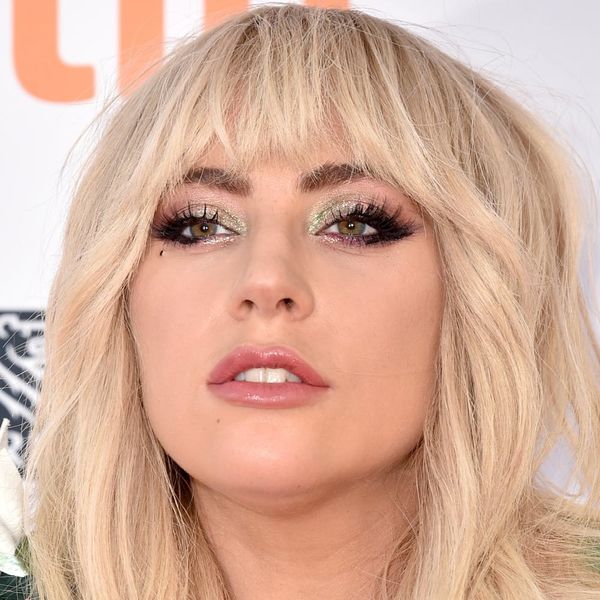 Celebrity siblings have a mysterious way of sparking our deepest curiosities. Earlier this week, the internet was abuzz with the newfound discovery that Lady Bird star Bernie Feldstein is actually related to Jonah Hill, and last year, Ryan Gosling’s sister Mandy caused a massive stir when she showed up to the 2017 Oscar Awards on the Deadpool 2 actor’s arm. Now, it’s Lady Gaga’s little sis, Natali Germanotta, that’s making headlines, thanks to her brief-but-sweet cameo in the singer’s latest music video.

The pop star released a visual accompaniment to a pared down piano version of her hit single “Joanne (Where Do You Think You’re Going?),” and for one brief, blink-and-you-might-miss it moment in the near five-minute clip, we see the 25-year-old aspiring designer laughing it up with her elder sis.

While much of the footage sees a dressed down, bare-faced Gaga belting out notes on her own in alternating shots of color and black and white, you can catch Germanotta playing pool around the 3:55 mark.

It makes sense that the “The Cure” singer would opt to include family members in the video for this song in particular: As she notes at the video’s intro (and in her Netflix documentary, Gaga: Five-Foot Two), the tune was actually inspired by her late aunt Joanne on her father’s side, who died of complications from Lupus at just 19 years old.

It’s not the first time Natali has been spotted with her famous big sis, though: far from. In addition to hitting the red carpet with her big sis back in 2011 for the CDFA Fashion Awards, you’ve actually seen her in ANOTHER of the superstar’s hit music vids, as well: “Telephone.”

That’s right, the badass looking chick standing next to Gaga in oversized sunnies also happens to be her younger sibling.

We can’t wait to see where she turns up next!

Do you see the family resemblance? Sound off over @BritandCo.

Nicole Briese
Nicole is the weekend editor for Brit + Co who loves bringing you all the latest buzz. When she's not busy typing away into the wee hours, you can usually find her canoodling with her fur babies, rooting around in a bookstore, or rocking out at a concert of some sort (Guns N' Roses forever!). Check out all her latest musings and past work at nicolebjean.com.
Celebrities
Music
Celebrities Celebrity Family Music