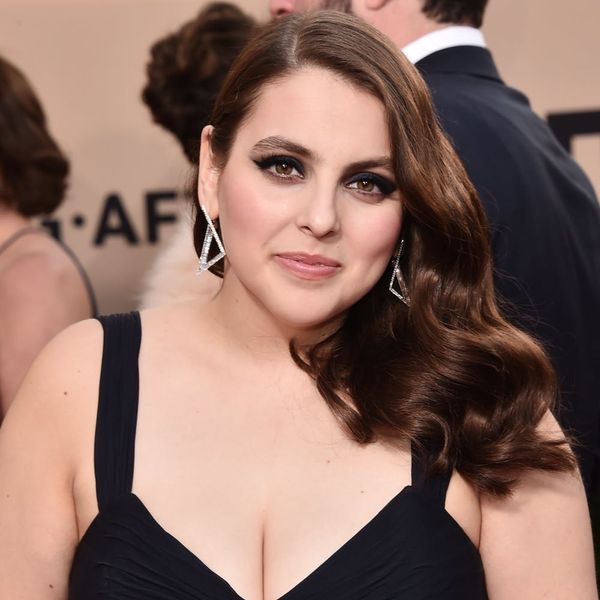 Lady Bird proved that Beanie Feldstein, who plays the main character’s BFF, is a star in her own right. But it turns out that she’s not the only famous actor in her family: As some fans are just realizing, Feldstein’s brother is Jonah Hill.

While some celebrity siblings flaunt their familial connections, these two have managed to slip under the radar somehow. But when the actress brought her mom, Sharon, as her date to this year’s SAG Awards, some fans realized that this wasn’t the first time they’d seen Feldstein’s mother on a red carpet.

E! News also pointed out the connection in a pre-show interview. “A lot of people may not know this,” red carpet host Nina Parker began, “but your brother is Jonah Hill.”

The 24-year-old, who uses her family’s last name while Hill uses his middle name, spoke about her relationship with her big bro in a recent interview for The Cut, gushing, “We’re very, very close. We’re best friends.” According to The Cut, she even wears a special piece of jewelry from Hill, a gold and diamond ring that says “Boss.”

Fans were absolutely shook by the revelation that the two are related.

Beanie Feldstein is Jonah Hill’s sister, how did i just find this out pic.twitter.com/4C7fzEx0zE

And they’re loving everything about it.

Beanie Feldstein, the best friend from 'Lady Bird', is Jonah Hill's younger sister(!), she also refers to herself as "the bean" = the best

Some people can’t believe they didn’t see the resemblance before.

WOW! Never knew that @BeanieFeldstein is @JonahHill sister! Now that I know, she looks just like him. #SAGAwards pic.twitter.com/7frgfKbLS9

And others want in on this fabulous family fun.

Are you surprised to find out that Beanie Feldstein is Jonah Hill’s sister? Let us know @BritandCo!