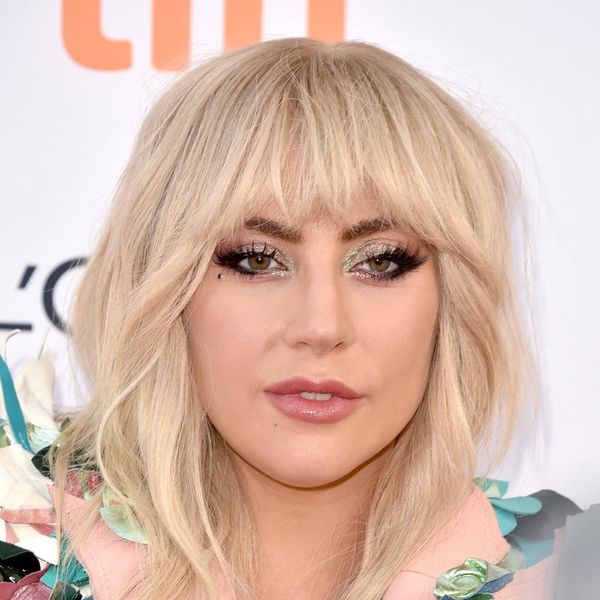 We’ve seen Lady Gaga in a LOT of crazy looks throughout the years. From the infamous meat dress she donned to the 2010 VMAs to the egg-shaped pod she was carried into the 2011 Grammy Awards in, the songstress’s red carpet moments have been a wild ride, indeed.

Her latest evolution, however, has seen a far more toned-down look: Gone are the crazy wigs and costumes, replaced instead by a trusty pair of denim shorts, oversized tees, and the occasional pink cowboy hat (it IS still Gaga, after all)! Or is it?

After watching the “Joanne” singer’s newest documentary on Netflix, Gaga: Five Foot Two, it’s clear a shift is definitely afoot, and it’s not solely due to the chronic pain that caused her to cancel her most recent world tour. The 31-year-old is also in the middle of a existential revolution, and from the sounds of things, it may be a permanent one. “I can’t elevate it to the point where I become Lady Gaga again,” she says at one point.

But if not Gaga — who is she? According to the pop star, she’s simply… herself. “I don’t think the world was ready to see who I really am, because I wasn’t ready to be myself,” she says of her early fame. “[Now], I’m saying, ‘This is me, with nothing.”

The fact that she finally feels able to be who she was born to be is a testament to the internal progress she’s made in her quest to “become a woman,” which she expresses a desire to do multiple times throughout the film. “I never felt confident enough to just sing and just be this way now. To just sing or wear my hair back. I never felt pretty enough or smart enough or a good enough musician — that’s the good part. The good part is that I just never felt good enough. And I do now.”

Though she still feels the crushing weight of the patriarchy with stunning regularity (a common theme that presents itself in Gaga’s world, both in her professional life and her personal life of the artist, who also happens to be a survivor of sexual assault), she finally feels in control enough of her own destiny to ditch the costumes.

“Whenever you become powerful in a relationship or business, there’s always opposition,” she says of her struggles. “The methodology behind [my crazy looks] is when they wanted me to be sexy and they wanted me to be pop, I always f*cking put some absurd spin on it that made me feel like I was still in control,” she explains. “If I’m going to be sexy at the VMAs and sing about the paparazzi, I’m going to do it while I’m bleeding to death and reminding you what fame did to Marilyn Monroe, the original Normal Jean, and what it did to Anna Nicole Smith, and what it did to… yeah. Do you know who?” (The film’s director, Chris Moukarbel, later revealed the person in question to be Amy Winehouse.)

But now? “I don’t need to have a million wigs on and all that sh*t to make a statement.”

And besides… she’s over it. “Honestly, we’ve just seen me f*cking glamorous for almost 10 years,” she quips while discussing her costume plans for her famed Superbowl performance. “It’s, like, it’s boring. It really is boring.”

Here’s to embracing the new and improved, more natural Gaga!

Watch her documentary in full now on Netflix.

Have you seen Gaga’s Netflix documentary yet? What did you think? Tell us over @BritandCo.

Nicole Briese
Nicole is the weekend editor for Brit + Co who loves bringing you all the latest buzz. When she's not busy typing away into the wee hours, you can usually find her canoodling with her fur babies, rooting around in a bookstore, or rocking out at a concert of some sort (Guns N' Roses forever!). Check out all her latest musings and past work at nicolebjean.com.
Celebrities
Celebrity News
Celebrities Movies Netflix
More From Celebrity News