13 Celebrities Who Have Been Affected by Sexual Assault 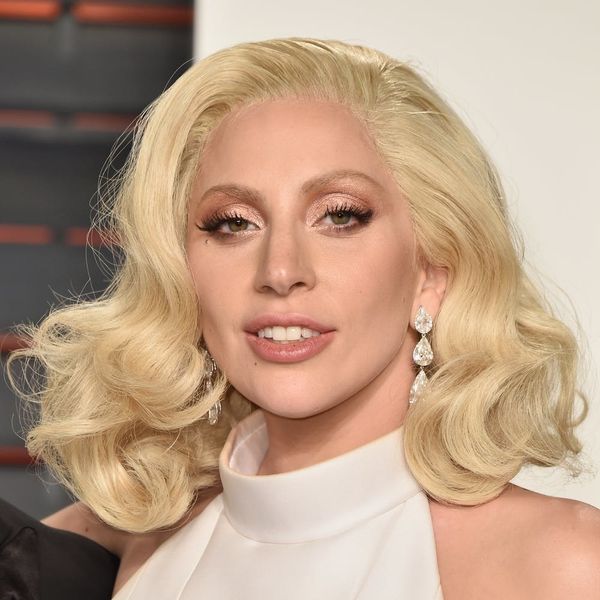 April is Sexual Assault Awareness Month, and here to help kick things off is today’s Day of Action, which encourages individuals and organizations alike to get involved by taking a stand against sexual violence. There’s a whole list of ways you can help, from spreading awareness via downloadable posters and shareable videos to changing your Facebook pic and, perhaps most importantly, simply believing and supporting survivors of sexual assault. In that spirit, we’re tipping our hats to 13 celebrities who have become champions for those that have endured sexual abuse, encouraging them to speak up, share their stories, and continue fighting, including many who count themselves in that group. Read their stories below.

1. Lady Gaga: Lady Gaga first opened up about her sexual assault by a man 20 years older than her to Howard Stern back in 2014. “I was so traumatized by it that I was like, ‘Just keep going,’ because I just had to get out of there,” she recalled to the DJ. Just 19 at the time, the singer said it didn’t affect her right away, but she’s still haunted by the event years after its occurrence. Eventually, it would become a factor in her PTSD, a disease she revealed she was struggling with just last year. She has since channeled her emotions into songs about the topic, such as Artpop’s “Swine” and the Oscar-nominated “’Til It Happens to You” for the campus rape documentary The Hunting Ground. The singer performed the latter onstage at the 2016 Oscars alongside a stage full of survivors in a powerful moment that won’t soon be forgotten. (Photo via Stuart C. Wilson/Getty)

2. Kesha: Kesha’s personal journey as a survivor of sexual assault has been well-documented for the world to see since filing a 2014 lawsuit against her former music producer, Dr. Luke. Kesha was denied release from her contract by the court even so, ensuring that she will still need to work under her alleged abuser’s label in order to release new material. She has since revealed that she was offered reprieve of her contract should she retract her statements and undergo a gag order, terms which the singer flat out refused to accept. Her battle still rages on, but she’s standing her ground and speaking her truth. (Photo via Nicholas Hunt/Getty)

3. Brie Larson: Brie Larson may not be a direct victim of sexual assault, but her Oscar-winning role in Room made her not only empathetic to the plight of those going through such situations, but a vocal advocate for survivors. She hugged each and every woman that participated in Laga Gaga’s 2016 Oscars performance of “’Til It Happens to You.” What’s more, she famously showed solidarity for survivors when she refused to clap after presenting Casey Affleck, who has been accused of sexual assault in the past, with his Best Actor award at this year’s Oscars. (Photo via Frazer Harrison/Getty)

4. Evan Rachel Wood: Evan Rachel Wood opened up to Rolling Stone magazine last year about having been a victim of sexual assault not once, but twice, sharing her letter with her followers the world over via Twitter. In it, the Westworld star revealed to the mag that she had been raped by both a former partner and a bar owner. She went on to say that the first instance left her with questions about whether it had, in fact, been rape, since it had come from her significant other, while the second time left her with feelings of guilt that she hadn’t fought back harder. Though she’s kept it silent for years, fearing that she would be accused of speaking out for attention or making something trivial into a big deal, Wood stated that she couldn’t stay silent any longer in the current and uncertain political climate. “I don’t believe we live in a time where people can stay silent any longer,” she said. “Not given the state our world is in with its blatant bigotry and sexism.” (Photo via Frazer Harrison/Getty)

5. Ashley Judd: The Double Jeopardy actress opened up about her abusive childhood in her 2012 memoir, Ashley Judd: All That Is Bitter and Sweet ($10). The fiery star has come a long way since, filming a TED Talk just this past October to speak out against other forms of abuse women receive online, whether it may come in the form of hate speech, sexual harassment, or violence. “I started to write about the fact that I’m a survivor of all forms of sexual abuse, including three rapes,” she said in the talk. She goes on to say that by speaking up, she opened herself up to a lot of hate speech, but she, like Kesha, refused to remain silent, publishing an op ed on the topic of online violence that quickly went viral and continuing to use her voice for those who share her horrific experiences. (Photo via JP Yim/Getty)

6. Oprah Winfrey: Though many simply know Oprah as, well, Oprah, the multi-billion-dollar business mogul who built an empire from her longstanding daytime talk show, Winfrey’s success came against some pretty heavy odds. She was raped at just nine years old by a cousin, and later abused by both a family friend and her uncle. Her tumultuous circumstances led to a teen pregnancy at age 14, which the future entrepreneur kept secret until the day of the baby’s premature birth. Though the baby did not survive, the 63-year-old has spoken about how she took the experience as a second chance at life, going on to become the megastar everyone knows and loves today. (Photo via Ben Gabbe/Getty)

7. Viola Davis: Davis may be best known for making history as the first black woman to ever be nominated for three Oscars (and for nabbing a win this last time around), but she’s also a sexual abuse survivor and advocate for victims. She spoke out about them during a speech for the Rape Foundation back in September, saying, “Myself, my mother, my sisters, my friend Rebecca, my friend from childhood, we all have one thing in common: We are all survivors of sexual assault in some way, shape, or form.” The 51-year-old actress went on to explain herself, saying, “Listen, when I was young, there were so many men in the neighborhood that would give you money if they could touch you. Going over to a friend’s house for a birthday party at the age of seven, there was always someone there who touched you.” Consequently, the Oscar winner is now urging survivors to visit a supportive, safe space, such as the Rape Treatment Center at UCLA, to share their stories, and “live out loud. Living out loud is living a life that’s bigger than yourself,” she explained.“ (Photo via Frederick M. Brown/Getty)

8. Annalynne McCord: Annalynne McCord recounted her sexual assault in full to Cosmopolitan, recalling how the awful memory came back to haunt her after her character Naomi endured a similar situation on 90210. “I broke down, sobbing uncontrollably,” she said. “My castmates thought I had done a great job playing the part. They had no idea that I had actually been sexually assaulted by someone I knew in real life.” With therapy and the help of friends, family members, and other survivors, she began to heal, launching a website for her poetry and using her character’s plot line to help viewers overcome their own struggles. “I have a message for women and girls: You have a voice. Don’t put yourself in a box. Don’t let the polite lies of society silence you. Honestly, I would endure everything all over again — it has led me to my own evolution.” Read her piece in full here. (Photo via Rachel Murray/Getty)

9. Gabrielle Union: At 19, Union was raped by a former employee at the company she once worked for. Union later revealed to The View that she took her power back by seeking action against him: She sued and won a case against her former employer for negligence. “I hated feeling like a victim,” she said of the experience. “It makes you lazy. I wanted to embrace being a survivor. I was raised to be an independent woman. That’s the road I decided to take.” (Photo via Tommaso Boddi/Getty)

10. Madonna:The star discussed being raped as a 19-year-old girl with Howard Stern when she first moved to New York City. “I was going to dance class and the door was locked and I needed some money for the pay phone,” she told the shock jock; the stranger who offered her money for her phone call went on to rape her. She also explained why she never reported the crime. “You’ve already been violated. It’s just not worth it. It’s too much humiliation.” (Photo via Ilya S. Savenok/Getty)

11. Mariska Hargitay: As a detective on Law & Order: SVU, Hargitay has helped fictional survivors of sexual abuse for nearly 20 years. It’s a role that’s bled over into her real life. The actress has been so impacted by their storylines that she’s gone on to found the Joyful Heart Foundation to help spread awareness about sexual violence and empower survivors. She’s also starred in campaigns for No More, a group which aims to raise awareness about domestic violence and the US’s backlog of rape kits. (Photo via Nicholas Hunt/Getty)

12. Teri Hatcher: The former Desperate Housewives star spoke out about her childhood sexual abuse at a charity event to mark the International Day for the Elimination of Violence Against Women. “I was convinced it was my fault,” she said. It was an experience that led her to thoughts of suicide and depression. “I am simply one in three women who is forced to accept violence as part of their life story,” she shared. “This is a statistic that has to change. One in three women can no longer have to face a stigma and a fear that prevent them from seeking help.” (Photo via Alberto E. Rodriguez/Getty)

13. Amy Schumer: The comedian recently revealed that her very first sexual experience at 17 years old was actually nonconsensual. Just prior to the release of her memoir last year, The Girl With the Lower Back Tattoo ($17), Schumer recalled the incident in detail, in an interview with Marie Claire: “I didn’t think about it until I started reading my journal again. When it happened, I wrote about it almost like a throwaway.” Schumer also spoke out when a writer for her show made some eyebrow-raising “pro-rape” comments. She tweeted her disappointment and spoke out on behalf of survivors to Howard Stern following the remarks, saying, “People hear me say that, and they go, ‘no, she’s like a slut,’ and, ‘I bet she knew’ — like right away, you start doubting. We’re so critical and it makes victims not really want to speak up.” (Photo via Jason Merritt/Getty)

Which celebrity is your sexual assault awareness hero? Tell us over @BritandCo.