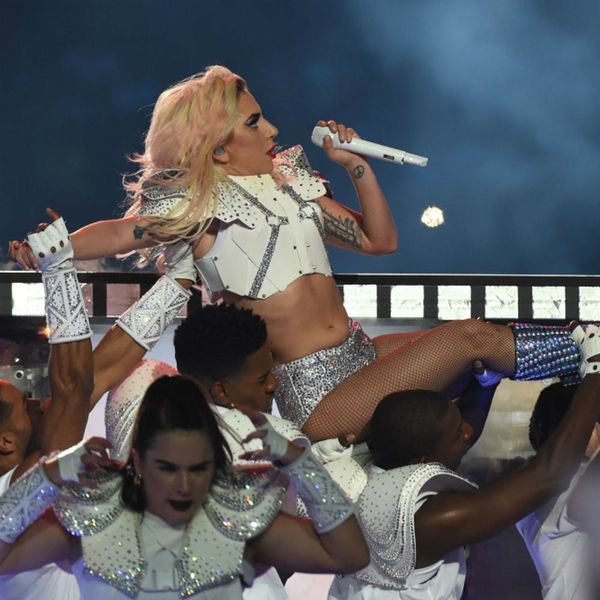 You can’t please everyone all the time, right?

Being a celebrity is a constant struggle against people’s complaints. On some days, fans can be mad about anything from a red carpet look to an album they deem isn’t up to snuff. And when you perform at the Super Bowl halftime show? Watch out.

Lady Gaga’s Super Bowl LI performance could go down in history as one of the best ever, and while we’re finding it hard to find any fault with her performance, some people have decided to dig really deep and find it with Gaga’s physical appearance. Lame, right? Her “Little Monsters,” however, aren’t having any of that body shaming nonsense and are fighting back in solidarity with their “Mother Monster.”

Apparently, Gaga’s already fit body is not good enough because of a small bit of belly/fat that appeared in her final look during the show. Trolls decided to make fun of Gaga’s body, because apparently, if a woman doesn’t have a six pack, she shouldn’t be baring her midriff.

So, Gaga’s “Little Monsters” took it upon themselves to clap back at this absolutely pathetic attack on the singer… and their responses are just perfect.

Lady Gaga did more for women when she performed with that little belly slice hanging out last night than any feminist has done in years.

If you just take a gander at Twitter searching “Lady Gaga belly,” there are hundreds of body positive and glowing reviews of her show. We guess it just goes to show that if you leave them with nothing to complain about, they’ll find something anyways. The woman jumped off the roof of a football stadium for heaven’s sake! What is there to complain about?

Keep killing it, Gaga. You do you, girl.

What was your favorite part of Lady Gaga’s halftime show? Tell us @BritandCo!

Kat Armstrong
Kat has been a writer, social media maven and mom for longer than she's willing to admit. She's also spent time in front of and behind the camera, interviewing celebs, politicians and acting as a producer for fashion and artistic photography shoots. When she isn't writing for various orgs and publications, she's hanging with her kids, husband and French Bulldog, Peter, in Toronto, Canada.
Super Bowl
Pop Culture
Super Bowl
More From Pop Culture