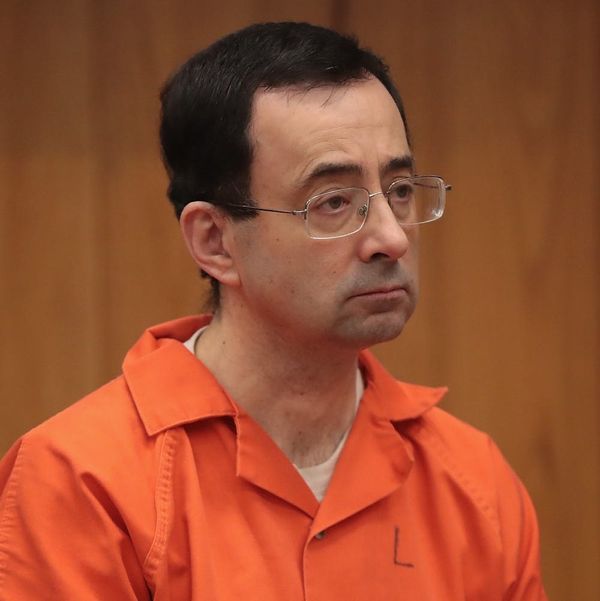 A new report says that even after the FBI opened an official investigation on USA Gymnastics Doctor Larry Nassar’s then-alleged abuse, the doctor was able to continue his reign of terror by assaulting at least 40 more women until he was taken into custody.

According to the New York Times, the Federal Bureau of Investigations approached Nassar’s case “with little evident urgency,” and that the inquiry wound up taking over a year. In that time — the 14 months between July 2015 and Nassar’s arrest in September 2016 — the former Olympic doctor assaulted at least 40 more young women.

During this investigation, it took almost one entire year before the FBI even interviewed the three women who brought their cases forward. Two were Olympic medalists and one was a gymnast who had been training at USA Gymnastics facilities.

While the FBI has not responded to allegations of neglect directly, they have issued a public statement. It’s short. In their statement, the Bureau argues that because allegations against Nassar “transcend jurisdictions,” they could not fully ascertain the sheer volume of accounts. Nassar’s abuse mostly took place stateside in either Michigan or Texas, but also happened on the road, during Olympic events around the globe. USA Gymnastics maintains their argument that after presenting their findings to the FBI in 2015, they were informed that silence was key.

The Times also reports that while coaches and parents were attempting to alert USAG of the allegations against Nassar, the org’s then-president, Steve Penney (the entire board has now resigned) told anyone who came forward that the organization would alert authorities and that accusations should remain secret.

According to former FBI field agent W. Jay Abbott, the sensitive nature of allegations against children warrant meant that the investigation needed to be extra rigorous.

“There was a vigorous debate going on about whether this was a legitimate medical procedure,” Abbott told The Times about videos depicting Nassar’s abuse, which the FBI received as part of their investigation.

But thankfully, the agents finally had enough evidence to arrest Nassar, who today stands accused of assaulting 265 women. On February 5, after three weeks of sentencing hearings, Nassar was sentenced to 40 to 125 years in prison by an Eaton County, Michigan judge. The sentence will run concurrently with a separate sentence of 40 to 125 years issued by Judge Rosemarie Aquilina in Ingham County, Michigan on January 24, and in addition to a 60-year sentence for child pornography that was issued last fall.

Have you been following the Larry Nassar trial? Tell us @BritandCo!