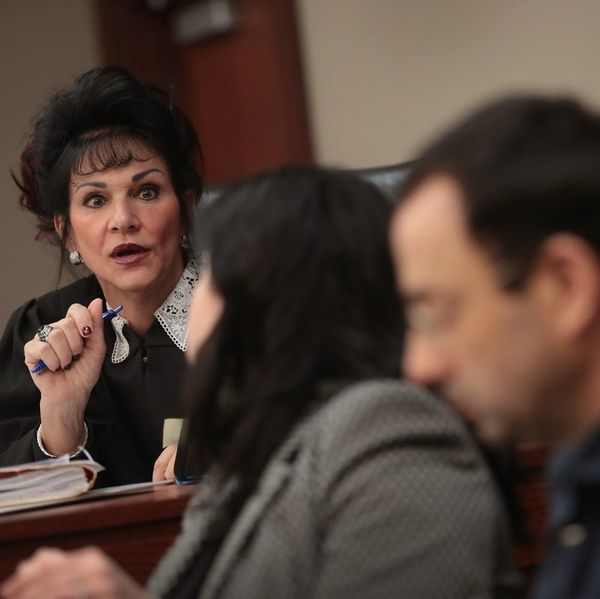 It’s been a sobering week of victim testimonies in the sentencing hearing of ex-USA Gymnastics and Michigan State doctor Larry Nassar, where over 150 girls and women — most of them gymnasts — shared their stories of sexual abuse at their team doctor’s hands. After seven days of victim statements, Judge Rosemarie Aquilina has sentenced Nassar to a 40 to 175 years in prison.

“It is my honor and privilege to sentence you. You do not deserve to walk outside a prison ever again,” she said. “You have done nothing to control those urges, and anywhere you walk, destruction will occur to those most vulnerable.”

She added: “I just signed your death warrant.”

54-year-old Nassar, who last week begged to be spared from listening to his victims’ statements, told the women that their words “have had a significant emotional impact” on him.

“I will carry your words with me for the rest of my days,” said Nassar, who had pled guilty to 10 counts of first-degree criminal sexual conduct last November. He also, confoundingly, argued that he had been “a good doctor.”

Citing his letter asking not to hear the victim statements, Aquilina called Nassar out on his moment of apparent denial: “You are guilty, aren’t you?” Nassar considered the question before responding that he would stand by his guilty plea. Aquilina, however, made her position clear.

“You have not yet owned what you did,” she said. “You still think somehow you are right, that you are a doctor, that you don’t have to listen, and that you did treatment? I wouldn’t send my dogs to you, sir.”

“To each survivor: thank you. Thank you for coming forward, for trusting us, for doing what is so hard and difficult,” Povilaitis said.

“What is obvious is that a strong group of determined women can, in fact, change the world — and will,” she said.