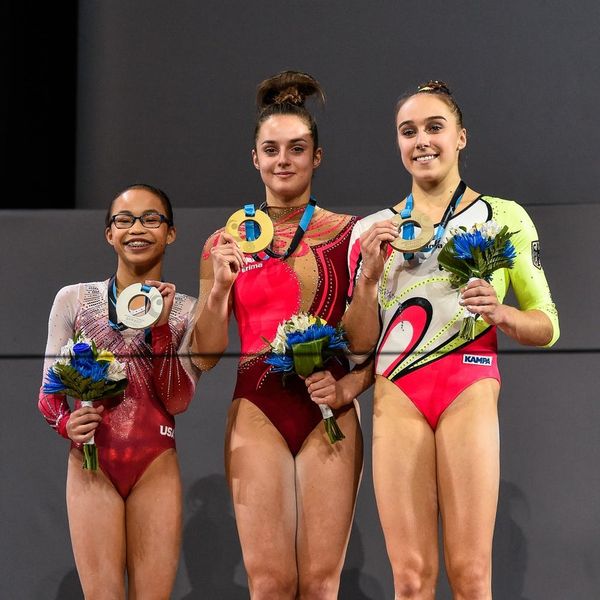 UPDATE (January 27, 4:04pm): As of Friday, USA Gymnastics has confirmed that its entire board of directors would resign as requested by the US Olympics committee. The organization released a statement which read as follows: “USA Gymnastics completely embraces the requirements outlined in the Jan. 25, 2017 letter from the United States Olympic Committee and appreciates the opportunity to work with the USOC to accomplish change for the betterment of our organization, our athletes and our clubs… We understand that the requirements imposed by the letter will help us enhance our ability to build a culture of empowerment throughout the organization, with an increased focus on athlete safety and well-being,” the statement continued. “Our commitment is uncompromising, and we hope everything we do makes this very clear.”

In the wake of Larry Nassar’s incredible sentencing thanks to superstar Judge Rosemarie Aquilina, the US Olympic Committee has finally stepped in, telling USA Gymnastics — the sport’s governing body — that the entire remaining board has six days to resign from their positions or face a complete loss of status over gymnastics in the US.

According to CNN, the USOC’s letter to USA Gymnastics is clear: The remaining board members at USAG must resign by the end of next week or the entire organization will be folded into the USOC. Further, an interim board has to be instated before the end of February or face further penalties. Three board members have already resigned from the org.

In the letter, CNN reports that USOC’s Scott Blackmun says the requirement of the board’s removal is not about individual actions, but about an overall culture at USAG — one that needs a do-over.

“We do not base these requirements on any knowledge that any individual USAG staff or board members had a role in fostering or obscuring Nassar’s actions,” Blackmun wrote. “Our position comes from a clear sense that USAG culture needs fundamental rebuilding.”

Besides the immediate changes, the letter also says USAG has one year to replace the interim board, and that the org *must* cooperate fully with an independent investigation into their practices; and, that the board must work to create major changes in how they govern, based in part on the investigation that will be launched.

USAG says they will adhere to the request, stating, “we understand that the requirements imposed by the letter will help us enhance our ability to build a culture of empowerment throughout the organization, with an increased focus on athlete safety and well being. Our commitment is uncompromising, and we hope everything we do makes this very clear.”

Have you been following the ongoing USAG saga? Let us know @BritandCo!