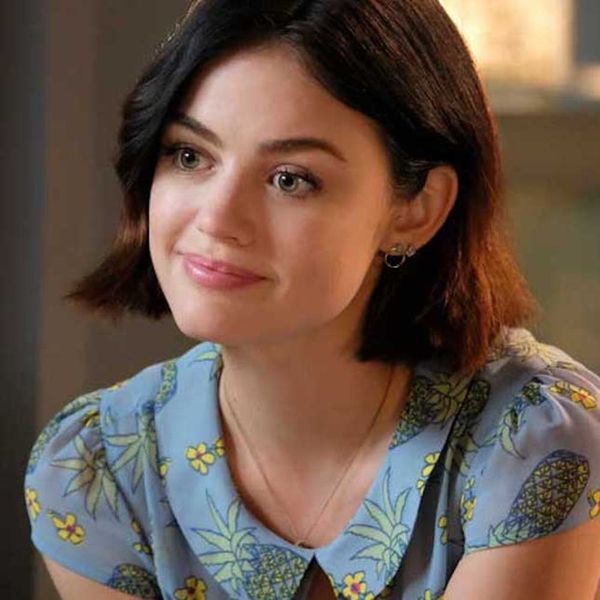 The premise of Life Sentence is so intriguing. There are a ton of examples out there of dramedies (or flat-out cryfests) that have told the story of someone dying from cancer and what happens to them and the people around them as that person struggles and finally succumbs to the illness. What Life Sentence does is change the game by curing the cancer patient within the first few minutes of the show, which has some pretty major repercussions for her family and friends.

See, Stella (Lucy Hale, who is amazing and adorable) was diagnosed with cancer at the age of 16, and it completely stunted both her and her family’s growth. Stella never pursued any kind of education or career because she thought she’d die at any time, so now she has no idea what to do with her life. Additionally, everyone around her was so afraid of upsetting her or making things harder than they already were that they lied about their problems and kept them hidden from her. Now that Stella is better, the stuff is really hitting the fan.

Her parents, Peter (Dylan Walsh) and Ida (Gillian Vigman), have been pretending to have a happy marriage, but Ida has actually realized that she’s bisexual and in love with Poppy, Stella’s godmother and a friend of the family. And not only is the marriage falling apart, but they’re going to lose their house because it was mortgaged to the hilt to pay for Stella’s treatment and various indulgences they wanted to give her (like a trip to Paris) since it seemed she wouldn’t live to see 25. It’s the story line I’m most intrigued by outside of Stella herself, because bisexuality is not often depicted on TV and it’ll be cool to watch a woman over 40 explore it. Stella’s dad is angry — not because he doesn’t want Ida to find her truth, but because he’s hurt that she lied to him all these years and is now moving out of their house seemingly (to him) out of nowhere.

The Abbott patriarch and matriarch are definitely worse off in terms of having some serious adult issues to work through, but Stella’s siblings aren’t in a good place either.

Brother Aidan (Jayson Blair) has dealt with his grief over the thought of losing his baby sister by getting into a series of dysfunctional relationships (usually with married women) and selling his ADHD medication to soccer moms — and now one of his married paramours is pregnant. Oops.

Sister Elizabeth (Brooke Lyons) gave up her college scholarship to Columbia University to stay home and help take care of Stella, which means she didn’t pursue her dreams to become a writer and she had kids at a younger age than she wanted to because she thought that would give her parents something positive to focus on besides Stella’s cancer.

And then there’s Stella’s marriage. She met Wes (Elliot Knight) in Paris, and they got into a whirlwind romance and marriage because they thought they didn’t have very long to be together. They’re totally in love, but their relationship is a little bit of a sham because Wes has been lying to Stella about some things in order to make her happy. They’re mostly small things — he doesn’t love Sara Bareilles, Love, Actually isn’t his favorite movie — but one major thing is that he actually wants to have kids, something he lied about because he thought they’d never have to face that decision. It turns out Stella wants kids too, but she didn’t let herself want them because she didn’t think she’d live long enough to have any.

The conversation between Wes and Stella about how their “forever” just got a lot longer was one of the most beautiful moments of the episode. I’m excited to watch their relationship blossom.

What’s interesting is that the “cancer thing” is kind of dealt with in the first episode, and now this feels like a family dramedy in the vein of Everwood or Brothers & Sisters, something TV doesn’t have enough of right now, so I’m excited to see where this goes. The cast is super likable and has good chemistry together, which always helps a show like this immensely.

What did you think about Life Sentence? Tell us @BritandCo!