These Are the Little Lies People Most Often Tell Their Partners 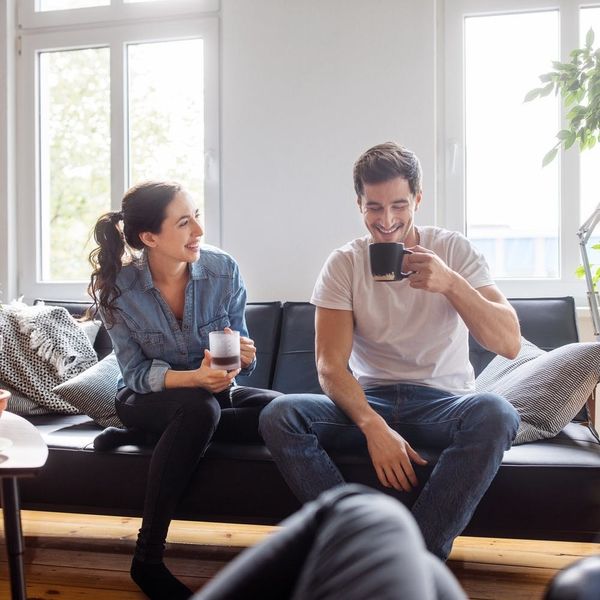 “Sweetie, that new shirt looks great on you.”

“Babe, this pasta is amazing.”

“Honey, I’d love to hear your speech for tomorrow’s conference.”

If you claim to have never said any of these little white lies — or some variation of them — then you’re probably lying… again. Lies can actually function in multiple ways, aside from, say, malicious deception. For instance, they can keep the peace (e.g., “I think your sister is great!”), or they can save others from further insecurity (“No, I can’t tell you’ve gained a few pounds”). So as important as honesty and open communication are, especially in romantic relationships, lies (the little ones, of course) aren’t all bad. Superdrug, a UK-based online doctor and pharmacy service, conducted a survey of more than 1,000 people who have been in a relationship for a year or longer to find out what fibs both men and women are most likely to tell their boos.

Ultimately, even though the content of the lies isn’t totally consistent across genders, the intention is generally the same: to spare the partner’s feelings, especially when doing anything otherwise is not essential. And because preserving our S.O.’s happiness is (hopefully) so important to us, it should come as no surprise that we’d really, uh, prefer they don’t find out the truth.

So, if we learned anything from the results of this survey, it’s that innocent, well-intentioned lies won’t have too much of an impact on our relationships. But, perhaps, the more important lesson is that the toughest conversations are often the ones most worth having, especially when it comes to bettering relationships and deepening bonds.

RELATED: 7 Ways to Reconnect With Your S.O.