This Is the Main Reason Why Millennials Cheat 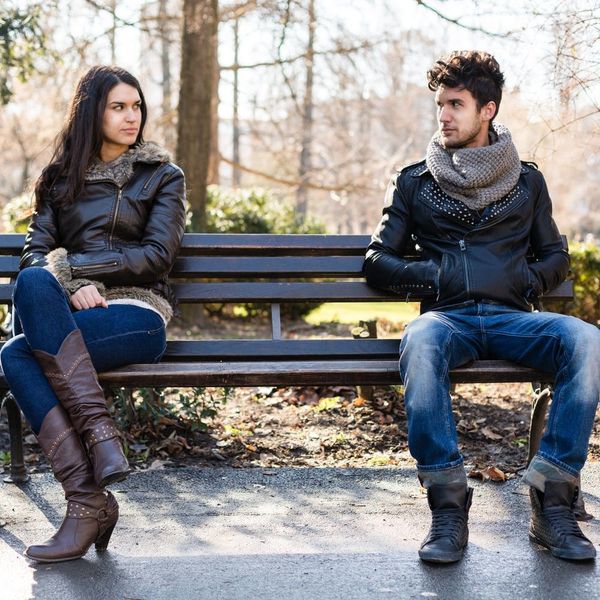 There are few matters in life that seem as black and white as cheating. While there may be recent evidence that open marriages and relationships have their benefits, it’s generally understood that arrangements like this work best when both partners have clearly defined and communicated what it means to them to leave things open. When this communication doesn’t happen and one person seeks intimacy from someone else without the other knowing about it, the moral code feels pretty clear. Not cheating? Good. Cheating? Bad.

As with anything (especially anything that has to do with relationships), the psychology of infidelity is complicated, and it’s totally unreasonable to try to oversimplify its causes. Still, attempts are certainly made — most recently by a study at the University of Tennessee that was published in The Journal of Sex Research in July 2017. The findings of this study, which included the written accounts and survey results of 104 young “emerging adults” (with an average age of 22) who had admitted to cheating on a partner within the previous six months, indicates that a great deal of infidelity among millennials can be attributed to issues of independence, interdependence, and attachment styles.

Forty percent of respondents blamed their cheating on miscellaneous causes like alcohol, general attraction, or a sense of novelty, but the majority of participants referenced reasons related to two general issues: 73 percent cited interdependence — a partner wasn’t fully meeting their needs — and 20 percent cited independence, in which they simply craved a bit of distance from their S.O.

Researchers also noted that these ideas of interdependence and independence are related to unique attachment styles. Millennials who traced their infidelity to unmet needs were more likely to exhibit avoidant attachment style, which is basically what happens when you tend not to get too close to others. Study participants who blamed their cheating on a need for more independence leaned toward an anxious attachment style, meaning that they worry about losing closeness with important people in their lives. To cope, they may push their S.O. away.

The researchers pointed out that “emerging adulthood is thought to be a time of exploration and experimentation.” So infidelity, while not excusable, could be one way millennials are trying to find out who they are and what they want. It kind of gives new meaning to the saying, “it’s not you; it’s me.”

There are ways millennials can be proactive about these common relationship issues and avoid cheating in the process. According to licensed psychologist Jennifer Rhodes, who wasn’t personally involved in the University of Tennessee study, it all comes down to communication and ongoing understanding (doesn’t it always?).

“All relationships go through different phases, and dissatisfaction does not necessarily mean that the relationship has to end,” Rhodes says. “Millennials should focus on interdependence and support each other in pursuing their own hobbies and interests.”

Rhodes also encourages millennials everywhere to communicate openly about their feelings, noting that this is perhaps a bigger challenge for this generation. “Millennials… seem to be more conflict avoidant and would benefit from learning better communication skills, rather than simply ending the relationship and running away,” she advises.

Even if you are trying to discover yourself and seeking more interdependence or independence, it’s important to recognize how your actions can affect others, especially in a relationship. Be honest with yourself and your S.O., and tackle any concerns openly and directly before they lead to cheating behaviors.

How can we ensure that our relationships are healthy and avoid cheating? Tweet us @BritandCo!

Alli Hoff Kosik
Alli Hoff Kosik is a freelance writer who is passionate about reading, running, rainbow sprinkles, her lipstick collection, watching embarrassing reality TV, and drinking pink wine. She lives in Brooklyn with her husband and (in her dreams, at least) three golden retriever puppies. Listen to her talk books on The SSR Podcast.
Dating
Relationships
Dating Relationship Advice study
More From Relationships