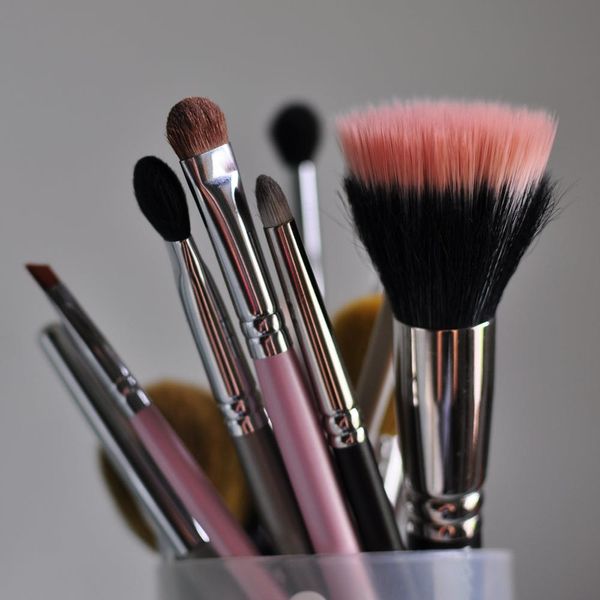 Whether you prefer makeup sponges or Beauty and the Beast brushes, there’s one thing they all share: Your beauty tools need to be washed. If you don’t already clean your brushes religiously, one woman’s trip to the ER might convince you to change your ways.

the swelling difference from the Staph pic.twitter.com/elXbLnhLfG

Katie Wright had what she thought was a pimple on her face, and when she picked it, her entire face swelled up so much that she had to visit the ER. And she believes it was all caused by not washing her eyebrow spoolie.

when you go viral for being ugly pic.twitter.com/anwVTHGusH

Wright shared the incident in a Twitter post, writing: “A week ago, I decided to pick at what I thought was a giant under-the-skin pimple because it had been hurting for a while and got too painful to ignore. Within an hour, my entire face swelled up and HURT. It felt like something was going to burst out of my skin. I went to the emergency room and they said it was a very serious case of Cellulitis, which is a version of a Staph infection, but instead of having a head like Staph, it effects [sic] the deeper cellular tissues with no main source to attack. Since it was on my face, there was a huge risk of it spreading to my brain or my eyes causing me to go blind.”

Thankfully, the doctors were able to solve the problem and save Wright’s life. Now, she’s started a GoFundMe for her medical bills and sharing her story, in the hopes that others can avoid something similar. This is definitely one lesson you do not want to learn the hard way.

How often do you clean your brushes? Do you know any cleaning hacks? Tell us @BritandCo!

Shea Lignitz
Shea can be found in the nearest bookstore or brewery, exploring the great outdoors, or blasting Led Zeppelin. She grew up in the cold and rain of Northern California's redwoods but is currently wandering around Texas.
Makeup
Beauty News
Makeup