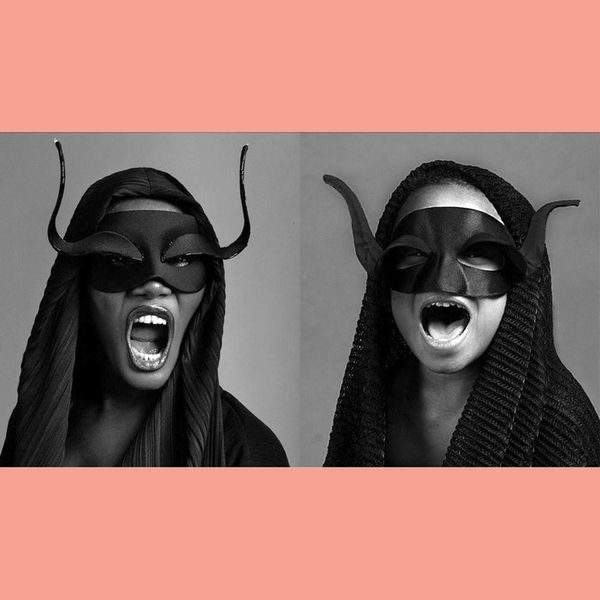 What better way to honor the women of black history than with a dress-up photo shoot to end all photo shoots? Photographer Marc Bushelle was thinking way beyond Black History Month when he shot photos of his beautiful daughter to recreate portraits of iconic black women.

1. Toni Morrison: A great novelist and scholar, Morrisson was the first black woman to win a Nobel Prize in literature.

2. Grace Jones: The iconic, statuesque Grace Jones has been an icon in the world of modeling and fashion as well having success as a musician since the late ’60s.

4. Admiral Michelle Howard: Howard is the currently the Vice Chief of Naval Operations, and she’s the highest ranking black woman in the military — ever.

5. Josephine Baker: Baker was a dancing/singing/acting trifecta who flourished in Paris during the roaring ’20s. While her race prevented her from finding success in the States, she rose to great fame in the City of Lights.

6. Bessie Coleman: Amelia Earhart wasn’t the only woman making strides in aviation. A decade before Earhart’s infamous flight, Coleman went to Paris to earn her pilot’s license — she was the first African American woman to do so. When she got back to the US, she became famous for her stunt flying skills.

Who are some great women who you think are worth remembering? Let us know in the comments!

Katelan Cunningham
Katelan is a tech junkie obsessing over all things startup and design. She has entirely way too many apps on her phone and is no stranger to binge-watching. She accidentally fell in love in Los Angeles and that’s where she currently lives, writes, tweets and grams.
Parenting
More From Parenting