15 Black Fashion Designers You Should Know 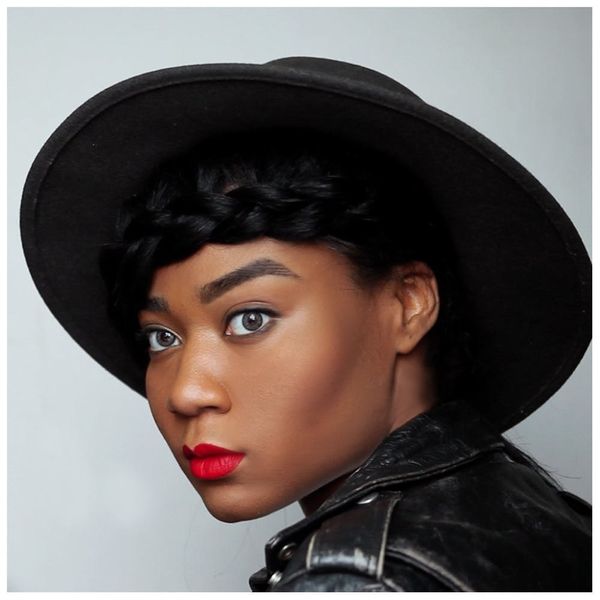 It’s February, which means we’re celebrating Valentine’s Day, Presidents Day and Black History Month all month long. Since New York Fashion Week is fresh on our minds, we’re sharing our favorite black designers who are making serious moves in the fashion industry. Get ready to be wowed by these insanely talented black fashion designers.

1. Stella Jean: The stunning Stella Jean is one of Milan’s rising stars. In 2011, she won Vogue Italia’s talent competition, “Who’s on Next,” and now counts designer Armani and Vogue UK editor Suzy Menkes as fans. Her designs are a true reflection of her and embody ladylike silhouettes. Her prints pay tribute to her mother’s homeland of Haiti, as well as West Africa. (Photo via Gareth Cattermole/Getty)

2. Darlene and Lizzy Okpo: Nigerian American sisters Darlene and Lizzy Okpo are the geniuses behind William Okpo, a successful women’s wear line. The Okpo sisters began designing in 2005 at the ages of 19 and 14 (yes, you read that right) with a t-shirt line called Mayhem. Their clothing has been featured in Elle and is carried in Opening Ceremony, among other retailers. (Photo via Christelle de Castro/Vice Magazine)

3. Duro Olowu: Nigerian-born designer Duro Olowu began his L fashion line in 2004 in London. It caught the eye of Vogue editor Sally Singer and Julie Gilhart of Barney’s New York. He’s become famous for his use of bold colors, African prints and ‘70s tailoring. He and his wife, Thelma Golden, Director and Chief Curator of The Studio Museum in Harlem, make one impressive power couple. (photo via Slaven Vlasic/Getty)

4. Maxwell Osborne: Maxwell Osborne is the cofounder, along with Dao Yi-Chow, of cutting-edge fashion brand Public School NYC. The brand has won two prestigious awards from the Council of Fashion Designers of America, as well as the accolades of Anna Wintour. In February 2014, the fashion duo decided to branch off from their menswear line, debuting a women’s collection to much praise. (Photo via Dimitrios Kambouris/Getty)

5. Jessie Adore: Jessie Adore is the current Creative Director for Harlem Fashion Row. She started as a fashion blogger before designing her first phantom handbag in 2013. After receiving critical acclaim and a slew of orders, she decided to start her handbag collection, Adore New York, in 2014. The luxury bags are made of finely crafted leather imported from Italy and manufactured in New York City. (Photo via Adore New York)

6. Olivier Rousteing: Olivier Rousteing is a French designer and the current Creative Director of Balmain. He began his designing career in 2003 at Roberto Cavalli, where he quickly worked his way up through the ranks to become Creative Director of their women’s ready-to-wear collection. In 2009, he was tapped to design for Balmain, eventually taking full control of their men’s and women’s ready-to-wear collections at age 25. WOW. (Photo via Mireya Acierto/Getty)

7. Tracy Reese: After graduating from Parsons School of Design in 1984, Tracy Reese began her career as a designer for the infamous fashion house Perry Ellis, eventually becoming the design director for their women’s portfolio. Reese began her own women’s ready-to-wear line in 1996, before following up with her second line, Plenty, in 1998. Reese’s collections are infused with ultra-femininity and are often described as bohemian, eclectic and adventurous. (Photo via Slaven Vlasic/Getty)

8. Quincy “Ouigi” Theodore: Ouigi Theodore is the founder of Brooklyn Circus/Bkc, a fashion boutique and lifestyle brand. His fashion mission is to globally redefine the image of urban America. With boutiques in Brooklyn and San Francisco and his clothes available all around the world, he’s doing just that. (Photo via @maxpoglia)

9. Ituen Basi: Ituen Basi is a Nigerian designer who began her fashion line in 2009. She has won countless awards, including “Most Innovative Designer” and “Emerging Designer of the Year, Africa.” Her designs celebrate individuality and feminism, and have ushered in a new era of unique Ankara designs. (Photo via Samir Hussein/Getty)

10. June Ambrose: June Ambrose is the mastermind stylist and costume designer behind your favorite nineties music videos for artists like Mary J. Blige, Mariah Carey and Jay-Z, just to name a few. Ambrose began her company, Mode Squad, when no one was in the business of dressing celebrities. A couple decades later, she has written a book, launched a women’s ready-to-wear collection (June by June Ambrose), and continues to style celebrities. (Photo via Chelsea Lauren/Getty)

12. Andrea Iyamah: Andrea Iyamah is famous for her namesake resort swimwear and women’s ready-to-wear collection, which offers unique pieces with a modern twist. Her designs have garnered the attention of socialites like Angela Simmons and have been featured in many publications, including Cosmopolitan UK and Ebony. (Photo via The Style HQ)

13. Armando Cabral: You might recognize this fashion model-turned shoe and accessories designer from your J. Crew catalog. In 2009, Armando Cabral decided to turn his passion for shoes and design into a reality and launched a shoe collection. The brand offers a minimalist, modern and metropolitan perspective on fashion. (Photo via Jason Carter Rinaldi/Getty)

14. Carly Cushnie: While completing her degree at Parsons School of Design, Carly Cushnie perfected her skill as a designer at Donna Karan, Oscar De La Renta and Proenza Schouler. She paired up with Michelle Ochs and launched Cushnie Et Ochs, a women’s ready-to-wear label that has since been donned by celebrities like Reese Witherspoon, Rihanna and Michelle Obama. (Photo via Jemal Countess/Getty)

15. Jerome Lamaar: Lamaar began his design career at 15 years old, working as an intern for Kimora Lee Simmons’ Baby Phat. He was eventually promoted to Senior Designer, and then went on to serve as an apprentice to fashion house Chado Ralph Rucci and consult for brands like Armani before launching his own women’s ready-to-wear line. (Photo via Vivien Killilea/Getty)

Who are your favorite fashion designers of the moment? Let us now in the comments below!

From Your Site Articles
Tomikka Anderson
Tomikka is a PR and marketing consultant who currently lives in the Bay Area. A lover of fashion, soul music and the color pink. When she is not laughing hysterically with her girls, you can find her dancing like nobody’s watching or plotting her next adventure. Follow her on Instagram at mikkasstyle.
Fashion
More From Fashion