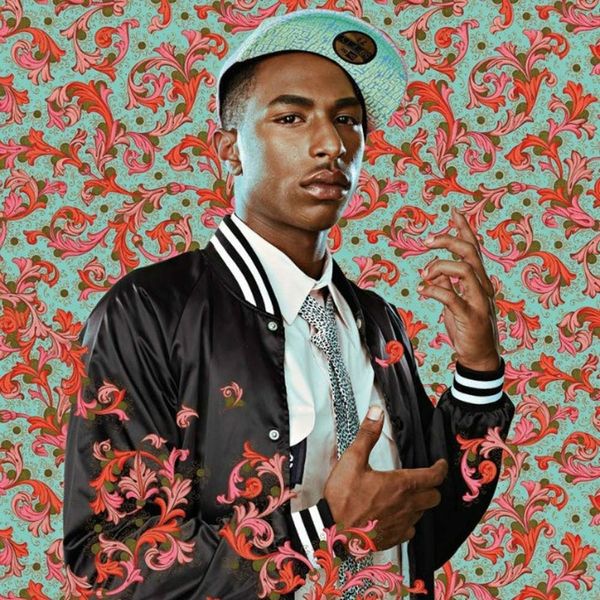 From canonical classics to children's books and contemporary novels, discovering a new favorite read is a fun way to celebrate and honor the African American experience. We're sharing graphic novels, biographies, poetry, young adult novels and even a coffee table book, so no matter what kind of books you love to load up on your e-reader, we've got a new favorite for you.

The Immortal Life of Henrietta Lacks

($17): After some of her cells were taken without her knowledge in 1951, Henrietta Lacks became one of the most important medical tools in modern science. But who was she? This examination of her life and her family, as they collide with ethics, progress, and race, is a New York Times bestseller for a reason.

The Astonishing Life of Octavian Nothing

($12): This National Book Award winner from author M.T. Anderson will completely alter the way you look at Revolutionary Era America. Provocative and propulsive, this book will keep the pages turning and your mind whirling.

What Color is My World?

($8): Get a kid-friendly tour through African American inventors who changed the world. Curious about who invented open heart surgery or the ice cream scoop? Now you'll know.

($15): Toni Morrison burst onto the literary scene in 1970 with this powerful debut novel, and she's been a fixture (and Nobel Prize winner) ever since. Starring a young black girl who prays for beauty, this book is as true and stirring now as it was then.

($75): Artist Kehinde Wiley may be classically trained, but what he delivers is all new. Featuring black men in the poses of 17th and 18th-century nobility, Wiley examines the sociopolitical histories relevant to his subjects. With his use of crazy vibrant colors, this book is a treat for the mind and the eye.

I Know Why the Caged Bird Sings

($8): This novel is probably one of the most canonical selections for Black History Month. But have you read it? If this stirring reflection on childhood and race passed you by, there's no time like February to pick it up.

($8): If you're looking for a more current look at African American history for your middle schooler, try this Coretta Scott King Honor book. With Hurricane Katrina as the backdrop (but not the star), author Jewell Parker Rhodes weaves a riveting and emotional ride.

($16): In order to survive, runaway slave Henry must pose as a girl. This epic novel of survival on the brink of the Civil War is a must-read and is also the winner of the 2013 National Book Award.

Heart and Soul: The Story of America and African Americans

($10): Winner of the Coretta Scott King Award in 2012, Heart and Soul provides a great introduction to African American heritage for kids. Narrated by a 100-year-old woman, this book gives kids perspective on how much has changed (and how much has not) for African Americans in the United States.

($11): In June of 1964, three young men were lynched by the Ku Klux Klan in Mississippi. Why? Because they were fighting for equal rights. Get a riveting look into a dark passage of history with this account of a brutal act that ignited our nation.

($16): As one of the leading voices of the Harlem Renaissance, poet Langston Hughes forever changed the landscape of American poetry. Pick this one up to delight in his gorgeous, rhythmic work.

($17): The Boston Globe called it “the first great novel about Katrina," and we agree. This National Book Award winner is tough and all the more beautiful for it. Set on the Mississippi coast, Salvage the Bones follows 14-year-old Esch as she and her family prepare themselves for the storm to come.

The Silence of Our Friends

($11): In this semi-autobiographical tale, two families (one black and one white) find common ground during the Civil Rights Movement. Gorgeously illustrated by Nate Powell, this graphic novel is as evocative and enraging as it is beautiful to look at.

($17): Author Chimamanda Ngozi Adichie isn't just a feminist icon and stylista — she's also a preternatural talent. In this novel, she turns her eye to race and identity, as they apply to Nigerian ex-pats. She combines humor and profundity effortlessly.

Roll of Thunder Hear My Cry

($9): Set during the Depression, this Newbery Award-winning novel follows a proud black family as they struggle against the tides of racism, debt, and staggering injustice. Often assigned in schools, this novel is just as good for adults as it is for teens and tweens.

($25): Esteemed poet Gwendolyn Brooks only ever published one novel, and this is it. You may know her as the first African American to ever win a Pulitzer Prize. In this novel, she uses her expert concision and deeply introspective eye to illuminate the life of a young black woman.

Malcolm X: A Life in Reinvention

($22): Easily one of the most controversial figures in the Civil Rights Movement, Malcolm X's life is expertly chronicled in Manning Marable's biography. Hailed as the strongest and most definitive biography on this complicated man, this book makes a great companion to The Autobiography of Malcolm X.

What's on your must-read list? Let us know @BritandCo!