14 Documentaries You Can Stream on Netflix for Black History Month 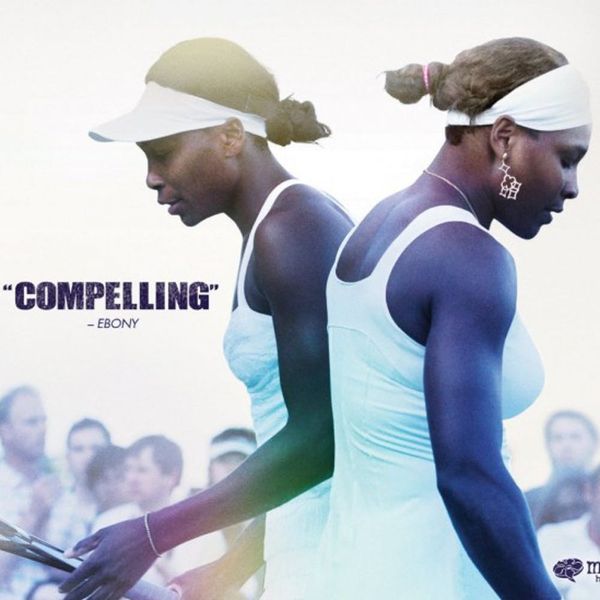 Despite being the shortest month of the year, February is a huge month for pop culture. The Super Bowl, Grammys, NBA All-Star Weekend and, of course, the Oscars all take place during this month. But don’t let the hustle and bustle of these events distract you from celebrating another major February event: Black History Month. While you’re patiently waiting for the February 27 return of House of Cards on Netflix, we suggest grabbing some popcorn, curling up on the couch and queueing up these 14 documentaries that highlight the experience of everyone from incredible black musicians and athletes to ordinary people.

1. Jimi Hendrix: Hear My Train A Comin’: Music aficionados should start with this PBS documentary, which features previously unseen performance footage, photographs, drawings and letters. Get to know the man behind the legend through this up-close and personal film.

2. Forgotten Four: The Integration of Pro Football: Put this documentary on to learn about the impact of Kenny Washington, Woody Strode, Marion Motley and Bill Willis, four African-American athletes who broke through pro football’s color barrier in 1946.

3. Usain Bolt: The Fastest Man Alive: This documentary offers you a look at the life of now-28-year-old Jamaican sprinter Usain St. Leo Bolt. Bolt is regarded as the “fastest man alive” for becoming the first man in Olympic history to win both the 100-meter and 200-meter races in world record times in 2008.

4. Marley: We all love his classic tunes, but how much do you know about the man behind the music? Check out this 2012 documentary for a look at Bob Marley’s music, life and legacy.

5. Venus and Serena: When it comes to sports legends and people we admire, superstar athletes Venus and Serena are high on our list. This film offers you an inside look at their rise to glory in tennis.

6. African Americans: Many Rivers to Cross: In this must-watch series, Harvard scholar Henry Louis Gates Jr. takes an in-depth look at African-American history, but this isn’t your average documentary. Gates takes you from the colonial era to the present day, exploring a range of cultural, religious and social perspectives.

7. The Loving Story: In 1958, Mildred and Richard Loving were arrested for breaking Virginia’s laws against interracial marriage. While their arrest might seem crazy to us now, The Loving Story uses historical footage to give viewers a look at this landmark case.

8. Dark Girls: This documentary is a must-watch for fashion and beauty lovers. It explores the topic of colorism and examines the prejudices that dark-skinned women face throughout the world.

9. Hoop Dreams: Whether or not you’re a big basketball fan, you’re gonna want to watch this iconic documentary, which follows the lives of two of Chicago’s top high school basketball prospects, both on and off the court.

10. The Art of Rap: If you’re counting down the days until Straight Outta Compton comes out, then this documentary should tide you over. Rapper and actor Ice-T takes over the director’s chair and interviews your favorite rap artists about their creative process and how their art form has evolved.

11. Fela Kuti: If you haven’t heard of Nigerian artist Fela Kuti, known as the “Black President,” then this film is an excellent way to learn about the international impact of his music, which taught the world about the tumultuous political landscape of his country.

12. 20 Feet from Stardom: This film earned the 2014 Academy Award for Best Documentary Feature, and after watching it, we can see why. This film takes a look at the world of backup vocalists like Darlene Love, Merry Clayton and Judith Hill, along with the legends they support.

13. American Promise: If you’re looking for a closer look into the US school system, or you want to watch the documentary version of Boyhood, this film should do the trick. Directors Joe Brewster and Michele Stephenson spent 13 years following two African-American boys as they navigated two very different school systems.

14. Mama Africa: Last, but certainly not least, we couldn’t forget about Miriam Makeba, also known as Mama Africa. This film follows her musical career and social activism on behalf of South Africa.

What do you think about these documentaries? Let us know which ones you think we should add to our Netflix queues in the comments!