PHOTOS: March for Our Lives Across the Country 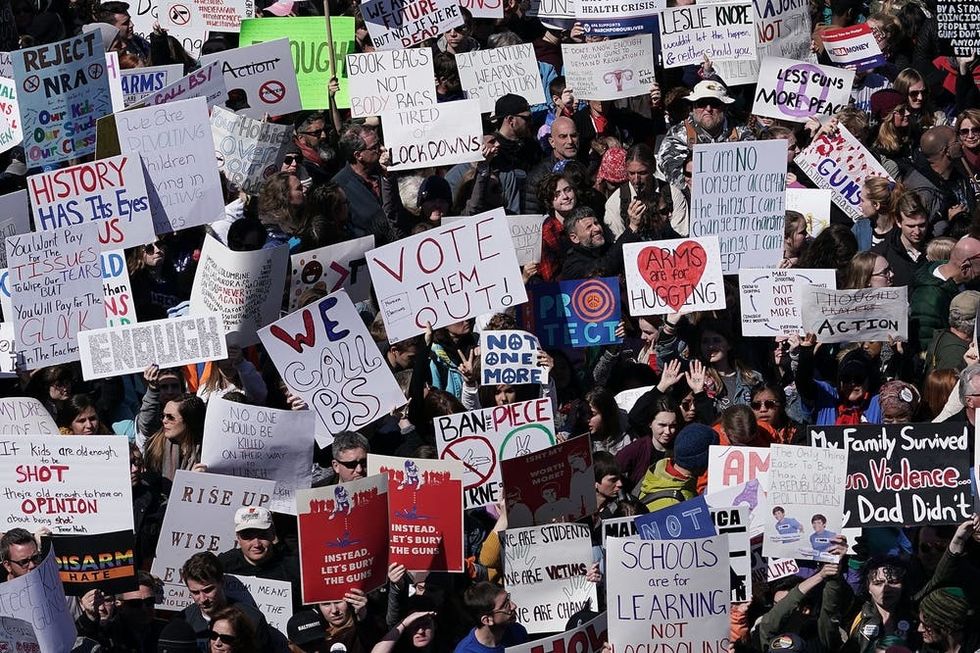 Across the country and in cities around the world, hundreds of thousands of teachers, parents, students, and activists are participating in the March for Our Lives, an anti-gun violence rally organized by student survivors of the mass shooting at Marjory Stoneman Douglas High School in Parkland, Florida that killed 17 people.

The central march is taking place in Washington DC, but as was the case with the January 2017 Women’s March, thousands of demonstrators are participating in local marches from New York City to Orlando, Florida, to Los Angeles, and as far away as Berlin. For many of the young people taking part in the estimated 800 March for Our Lives that are currently underway from coast to coast, the event is about much more than just the Parkland shooting — as they've told us, it’s about feeling safe and being heard.

Los Angeles: The Los Angeles Times reports that thousands of area residents flocked to downtown LA to participate in Saturday morning’s march. Brianna Cornejo-Perez, a 14-year-old student at Santa Monica High School who attended the march with her mother, told reporters: “We used to have lockdown drills — now we have active shooter drills. It’s a bit scary.” (Photo by Mario Tama/Getty)

Philadelphia: Hundreds of protesters descended in the city’s protest, WHYY reports. Savannah Goldstein, a junior at Plymouth Whitemarsh High School in Plymouth Meeting, Pennsylvania, told reporters:“In school, kids aren’t worrying about their tests for the day. They’re worrying about when the alarm goes off,’ Is this actually a drill or am I going to get hurt in school today?’ ” (Photo byJessica Kourkounis/Getty)

New York City: The Manhattan march drew a crowd of thousands. Some protesters veiled themselves in white and carried with them photos of students and teachers who were killed in US school shootings, including the deadly 2012 mass shooting at Sandy Hook Elementary School in Newtown, Connecticut. (Photo by Drew Angerer/Getty)

Washington DC: Massive crowds filled at least 10 blocks of Pennsylvania Avenue, where some 20 teens — many of them, survivors of the Parkland shooting — were scheduled to speak. Stoneman Douglas High School student Cameron Kasky was among those to address the gathering, heralding today as a new era in youth-led change: “To the leaders, skeptics, and cynics who told us to sit down, stay silent and wait your turn, welcome to the revolution. Either represent the people or get out. Stand for us or beware. The voters are coming.”(Photo by Win McNamee/Getty)

Pflugerville, Texas: The Austin, Texas suburb attracted more than 200 demonstrators. Pflugerville High School junior Anakaren Salinas was among the teen speakers to address the crowd and held back tears as she told those gathered: “Instead of worrying about if you’re going to get gunned down at a school, you should worry about getting good SAT scores or passing a test.” (Photo by Scott Olson/Getty)

From Your Site Articles
Kelli Korducki
Kelli is Brit + Co's Senior News Editor. Her interests include sensible footwear and glasses that take up 25 percent of her face.
Teens
Current Events
Teens