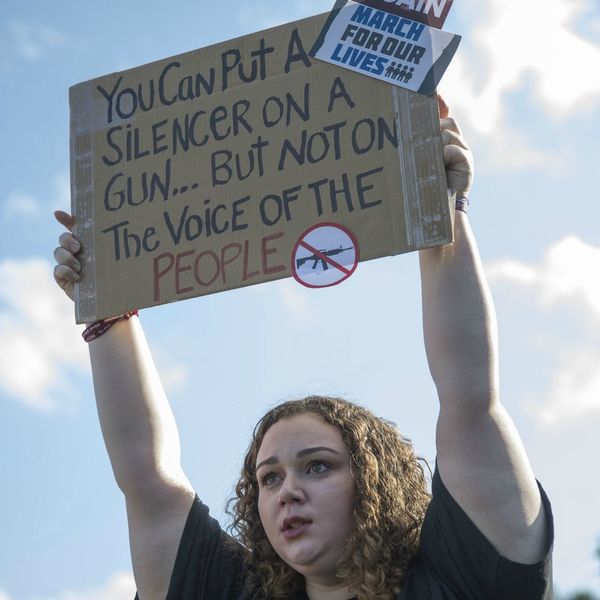 The March for Our Lives on March 24 will see hundreds of thousands of people marching through the streets for stricter gun laws and solidarity with school shooting victims. In Orlando, the protest route is taking an especially meaningful detour.

Orlando’s march is projected to include 15,000 people. One of the event’s organizers, Tim McCoy, helped plan the route through the city to include stops at Senator Marco Rubio’s downtown office and outside of Pulse Nightclub — the scene of a 2016 shooting that was, at the time, the worst mass shooting in recent US history. “

Rubio, a former Republican presidential primary candidate, has faced greater scrutiny over the last month for accepting donations from the National Rifle Association — something the students from Parkland didn’t let him forget at a tense CNN town hall on gun violence in February. Although Rubio has only received around $5,000 in cash from the NRA, the organization spent over $1 million dollars to have him reelected in Flordia in 2016.

One of the survivors of the Pulse shooting, Brandon J. Wolfe, commended Parkland student activists earlier this month in an emotional essay, saying that he was proud of the work they have been doing to change the way the nation manages firearm access.

“…I am proud,” Wolfe wrote. “Not just of their bravery and strength, but of their willingness to swallow their trauma and take on the powerful. I am proud of the Parkland students for finally demanding a response to the senselessness and lack of accountability for what pass as gun laws in this country.”

Although no national gun control strategy has been rolled out in the six weeks following the Parkland shooting, Florida Governor Rick Scott quickly passed a state law last week that raises the minimum age for gun purchases to 21, bans bump stocks, and cements a three-day waiting period for background checks on all firearms purchases. The bill also will help put more money into youth mental health initiatives within the state.

Will you be participating in a march tomorrow? Let us know @BritandCo!