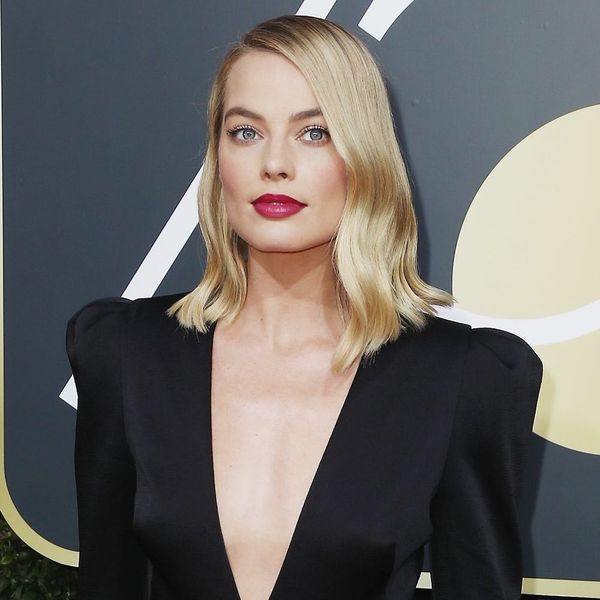 There’s no doubt that Margot Robbie is a talented actress — just take a look at how she transformed into Tonya Harding, Harley Quinn, and even Queen Elizabeth I. But Robbie is ready to make a big change to her career.

“I still love acting,” the 27-year-old explained in an interview for the latest issue of Elle. “But I’ve spent the last 10 years on a film set, and I realized that if I am pouring my heart and soul into a film, I want to be one of those voices in the conversation making decisions.” That’s why she wants to explore the possibility of adding “director” to her resume.

The divine @margotrobbie is ELLE's February 2018 cover star ❤ “I still love acting. But I’ve spent the last 10 years on a film set, and I realized that if I am pouring my heart and soul into a film, I want to be one of those voices in the conversation making decisions.” Link in bio for more photos and a sneak peek at the interview with her I, Tonya co-star, Allison Janney, where she discusses her future as a director, the highlight of her career, and what it was like playing Tonya Harding. || Photo by @alexilubomirski, styled by @samiranasr. Tap for fashion credits.

While sitting in the director’s chair and taking on all that the role requires certainly won’t be an easy task, it’s no more daunting than what Robbie faced while filming I, Tonya. “Playing Tonya [Harding], who’s very much alive and is widely documented, can be more intimidating [than playing a fictional character],” she confessed. Despite that, of course, she faced the challenge head-on — and even earned a Golden Globe nomination for her performance.

Robbie isn’t afraid to try new things off-screen, either, whether that means directing a movie or (literally) playing with fire. “I recently bought fire-twirling poles, because I really want to get good at it,” she told Elle. “When I was backpacking in the Philippines, there were heaps of fire twirlers on the beach, and it was so cool. I was like, ‘Wow, I really want to do that!'”

It sounds like she feels the same way about directing. We’re going to go ahead and suggest that she’s the perfect person to lead a Harley Quinn “lady gang” spinoff both in front of and behind the camera. She’s already producing one flick about the tormented former doctor, so she might as well take over the character completely!

What kind of movie would you like to see Margot Robbie direct? Let us know @BritandCo!