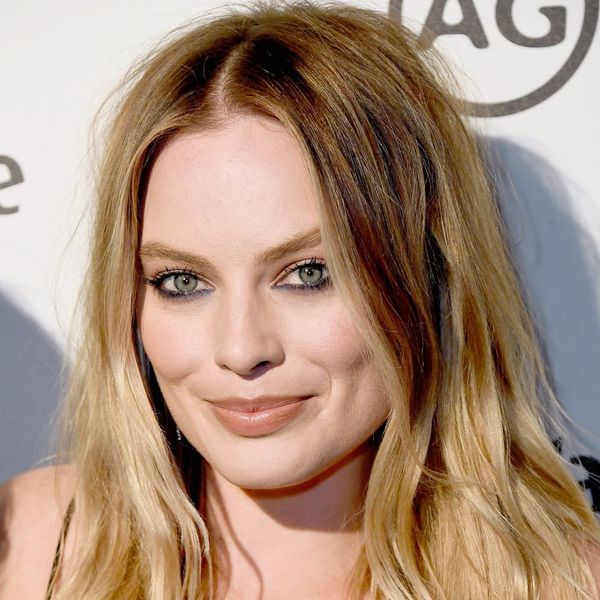 Shove over, Charlize Theron’s Aileen Wuornos! We’ve seen a lot of jarring drastic physical changes from film stars in our day, but nothing could have prepared us for the UNBELIEVABLE metamorphosis that Margot Robbie made for the upcoming film Mary Queen of Scots.

The 27-year-old, who is taking on the role of Mary, Queen of Scot’s cousin Queen Elizabeth I for the project, was snapped by a pap in a getup that had our jaws on the floor.

I can't believe this is Margot Robbie as Queen Elizabeth, I really believed she was just cosplaying as Bette Midler in Hocus Pocus pic.twitter.com/wnlz5RhRdE

The beauty’s signature blond hair and flawless makeup was nowhere to be found. Instead, Robbie sports a bare-faced complexion and fiery red curls that the Virgin Queen, who ruled England and Ireland from 1558 to 1603 as the last monarch from the House of Tudor, was known for. In the pic, Robbie also appeared to be wearing a prosthetic nose.

The film will be based on the John Guy biography My Heart Is My Own: The Life of Mary Queen of Scots and follows the young one-time Queen of France (played by Saoirse Ronan)’s fight for her throne under Elizabeth’s rule.

Though the flick promises plenty of historical drama between the two young rulers, we’d watch it just for Robbie — the talented actress seriously committed to her role.

The Aussie star was sported donning a *totally* different style back in January too, for her role as Tonya Harding on the set of I, Tonya, and of course, she rocked the hell out of her costume for the part of the disturbed Harley Quinn in Suicide Squad.

Are you shocked by Margot’s transformation? Tell us over @BritandCo.

Nicole Briese
Nicole is the weekend editor for Brit + Co who loves bringing you all the latest buzz. When she's not busy typing away into the wee hours, you can usually find her canoodling with her fur babies, rooting around in a bookstore, or rocking out at a concert of some sort (Guns N' Roses forever!). Check out all her latest musings and past work at nicolebjean.com.
Celebrity Hair
Celeb Style
Celebrity Hair Celebrity Makeup Celebrity Style Makeup
More From Celeb Style