Listen to Maria Menounos Get Engaged on a Live Radio Show 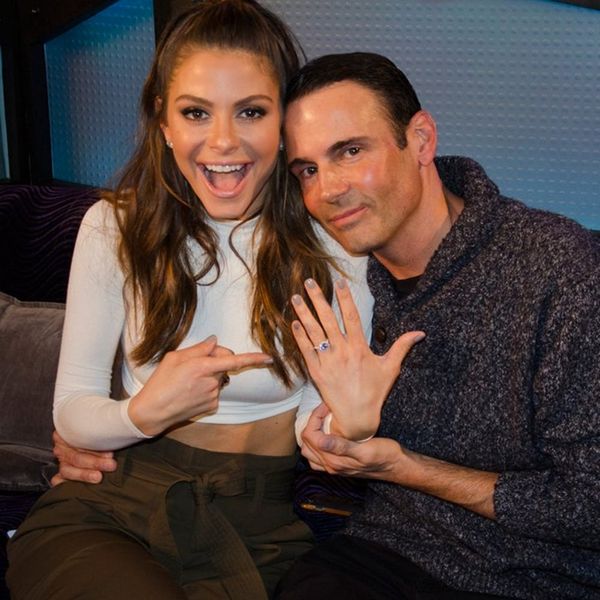 To say that Maria Menounos and her boyfriend Keven Undergaro are in a long-term relationship would be a bit of an understatement. The two have been together for a whopping 18-years. While making a joint appearance on the Howard Stern Show, Howard teased the couple about dating for so long and not getting married. But then, to Maria’s surprise, Keven got down on one knee and popped the question – while the show was live on air.

After Howard hands the mic over to Keven, Maria immediately says, “Are you about to propose to me? I’m going to die.” Keven tells her he’s not, but then begins a heartfelt speech about their long, loving relationship and how much it means to him. After he admits that it actually is a proposal, he asks the big question. Then, Maria immediately responds, “Are you freakin’ kidding me right now? Is this a joke?” Eventually, she says yes, and Keven quickly follows up with a very important question: “By the way, is this ring big enough?”

The two (who co-founded AfterBuzz TV together) haven’t had the breeziest of relationships. When they first began dating in 1998, Maria’s Greek Orthodox family disowned her because Keven wasn’t Greek. After her father threw her out, they lived together in a basement in Boston before moving to LA to start her career.

During the proposal, Keven tells Maria, “This show’s meant so much to both of us. It was the first thing we listened to together in that basement on a twin mattress and I said ‘one day you will be on that show and you will be a star’ and here you are and here we are. It’s like why not make it official now?”

Listen to the proposal play out here:

Major congrats to the happy couple!