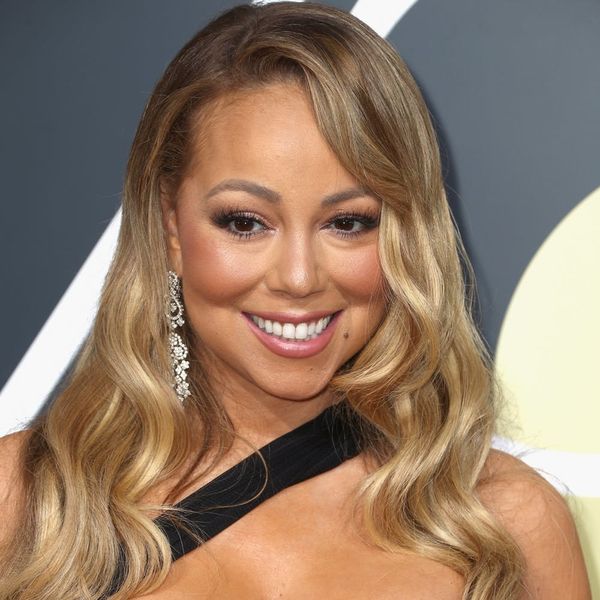 In a new interview with People magazine, Mariah Carey announced to the public that she has bipolar II disorder. “Until recently I lived in denial and isolation and in constant fear someone would expose me,” Carey told the magazine. “It was too heavy a burden to carry and I simply couldn’t do that anymore. I sought and received treatment, I put positive people around me and I got back to doing what I love: writing songs and making music.”

The superstar’s fear of exposure is sadly not uncommon. Bipolar disorder affects 5.7 million adult Americans every year and, yet, it remains a particularly misunderstood and stigmatized mental illness.

Bipolar disorder is a mental illness that consists of severe mood swings, characterized as depressive episodes and manic states. In other words, high emotional highs and low emotional lows. Women are three times likelier than men to experience “rapid cycling,” the abrupt emotional roller coasters commonly associated with the disorder.

Women with bipolar may also experience more depressive symptoms than men, according to the Journal of Clinical Psychiatry. What exactly does this mean?

“They will have difficulty functioning at work or at school, have a low level of energy, and they may have thoughts of suicide and they’re at risk of suicide,” says Dr. Jeffrey Borenstein, President and CEO of the Brain & Behavior Research Foundation. “So it’s very important for people to receive treatment sooner rather than later.”

On the manic side, Borenstein explains that patients will experience “increased levels of energy; they become irritable, they may have grandiose ideas about activities that they’re doing, and they can become agitated.”

According to her interview with People, Carey certainly has experienced these symptoms at both ends of the emotional spectrum.

“I was working and working and working… I was irritable and in constant fear of letting people down,” she said. “It turns out that I was experiencing a form of mania. Eventually I would just hit a wall. I guess my depressive episodes were characterized by having very low energy. I would feel so lonely and sad, even guilty that I wasn’t doing what I needed to be doing for my career.”

Though bipolar disorder is less common than other mental illnesses such as general anxiety disorder or major depression, Carey is far from alone. Around 4.4 percent of adults in the United States will be diagnosed with bipolar disorder at some point, according to the National Institute of Mental Health. Unfortunately, it’s a condition that frequently goes untreated, undiagnosed, or undiscussed.

“And I think that’s part of the importance of people not suffering in silence, as it sounds like Mariah Carey did for an extended period of time,” Borenstein says. “A lot of times people may attribute some of the symptoms that they’re having to something else, and not think that they need treatment.”

The cycle of misunderstanding and stigma that keeps bipolar patients from openly discussing their experiences contributes to others’ resistance to getting help. “Whether for bipolar disorder or depression or other psychiatric conditions, people may feel embarrassed or ashamed and not seek treatment,” confirms Borenstein.

But there’s good news: According to Borenstein, “Treatment [for bipolar disorder] is very effective.”

Mariah Carey’s experience, thankfully, backs that up. Carey told People that she’s doing a lot better with a combination of therapy and the right medication. After sharing her story, perhaps more people will feel comfortable following suit in getting the help they need and advancing the conversation.

Elizabeth King
Elizabeth King is a politics, history, and culture writer based in the Twin Cities. She is generally pretty cranky but still enjoys traveling, music from the early 2000's, and plotting the resistance. Feel free to say hi on Twitter at @ekingc or check out some of her work at www.elizabethcking.com.
Celebrity
Womens Health
Celebrity Mental Health