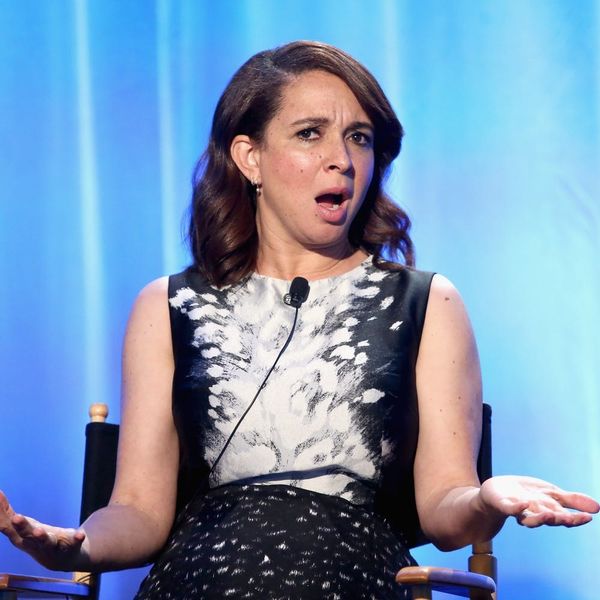 It may seem a little early to be thinking about the holidays, but we have some news that will definitely get you into the holly jolly spirit. Maya Rudolph (yes, we get the perfection of her name in this instance) has just signed on for Fox’s upcoming live musical version of A Christmas Story.

Inspired by the classic 1983 holiday film, as well as the Tony Award-nominated Broadway show A Christmas Story: The Musical, this three-hour live event will feature the SNL alum as the mother of the nine-year-old main character, Ralphie Parker. And while there’s no news yet about the rest of the cast, we’re sure they’ll have no problem finding people to costar with Rudolph as Ralphie’s curmudgeon father, his quirky little bro, and even (grr!) Scut Farkus, the bully.

In this story about a (stereo?)typical American family in the 1940s, young Ralphie attempts to convince his parents, his teacher, and Santa that he should get a Red Ryder B.B. gun for Christmas, despite *everyone* telling him he’ll shoot his eye out. You can guess what (kinda) happens in the end. But along the way, there’s a hilarious tale of horrifying gifts from relatives (the bunny suit!), a slightly untraditional holiday meal, and *that* fringe + fishnet + high-heeled leg lamp.

We’ll be able to enjoy the story all over again — with a musical touch — thanks to a few of the folks who helped create Grease: Live and La La Land, as well as A Christmas Story: The Musical, though the Fox version will reportedly include additional songs that will bring new life to this beloved holiday tale.

The live event airs Sunday, December 17, at 7pm ET on FOX. It’s definitely just what we’ll need to help us count down those final few days before Christmas.

Are you excited to check out Maya Rudolph in the live musical version of A Christmas Story? Let us know @BritandCo!