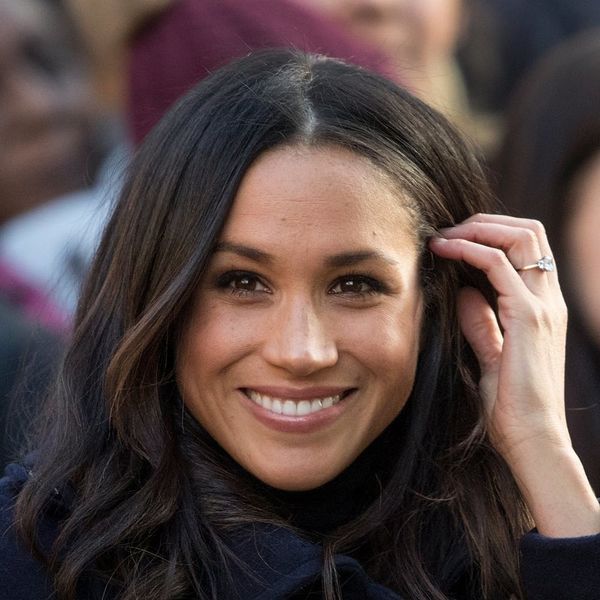 With NYE looming large, you’re no doubt either laser-focused on the goals you have set for the year ahead or scrambling to think of something REALLY good that’ll stick. For soon-to-be Royal Meghan Markle, there’s three things in particular that seem to always make her NYE resolution list, which she wrote about on her now-defunct blog, The Tig, back in January 2016.

“Stop biting my nails. Stop swearing. Re-learn French,” the Suits actress revealed in the post as uncovered by The Telegraph. “These make my New Year’s Resolution list nearly (actually every) single year.”

As the 36-year-old explained at the time, “The swearing comes in lulls triggered by being overworked or feeling mighty cheeky after a couple of drinks. And when it comes to biting of the nails — well, it still happens with a turbulent or stressful day. It’s unladylike. But then again, so is the swearing. Dammit.”

For 2016, Prince Harry’s fiancée took a different approach, embracing the same “flaws” she’s always tried to change, saying, “My nails will be fine, and if I toss out a four-letter word once in a blue moon, well frankly, I think it adds character.”

Instead, she vowed to try something a bit… different. “For this new year, the only thing I aim to do is to approach life playfully. To laugh and enjoy, to keep my standards high but my level of self-acceptance higher. Leave room for magic. To make my plans, and be okay if they sometimes break. To set my goals, but be open to change. To let the magic know that there is an open door policy with me in 2016, and that it is always welcome to join the party.”

We’ll say she knocked that one out of the park — Markle reportedly met her prince in July of that year!

Considering her new Royal circumstances, however, which will no doubt require an impeccable mani and her utmost ladylike behavior, we’ve got a sneaking suspicion that some of those aforementioned vices just may wind up back on this year’s list!

Happy New Year, Meghan — here’s to another great one!

What do you think of Meghan’s resolves? Share with us over @BritandCo.

Nicole Briese
Nicole is the weekend editor for Brit + Co who loves bringing you all the latest buzz. When she's not busy typing away into the wee hours, you can usually find her canoodling with her fur babies, rooting around in a bookstore, or rocking out at a concert of some sort (Guns N' Roses forever!). Check out all her latest musings and past work at nicolebjean.com.
Celebrities
Celebrity News
Celebrities NYE Resolutions Royal Family
More From Celebrity News