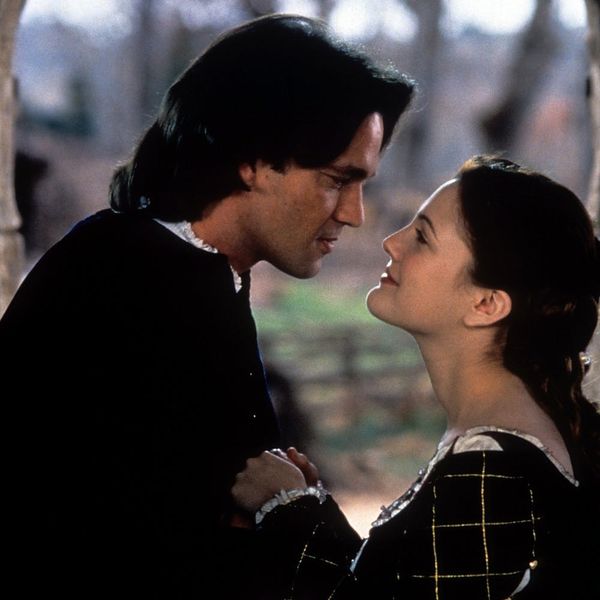 From their secretive early romance to their declarative PDAs and eventual engagement, Prince Harry and Meghan Markle’s relationship has played out like the kind of fairy-tale usually reserved for the movies. Before the couple’s May 19 wedding, which will feature an appropriately whimsical horse-drawn carriage ride through the streets of Windsor, check out these feature films — some fact, some fiction, all a romantic’s dream — about royal love stories. (Note: This list doesn’t include any of the classic Disney princess animated films, but those are always in our queue.)

Ever After (1998): This updated version of the classic Cinderella fairy-tale stars Drew Barrymore as Danielle, whose heartless stepmother (Anjelica Huston) forces her into a life of cooking and cleaning after her father dies. As in the original, Danielle eventually meets and marries a prince (Dougray Scott), but she’s no damsel in distress — she rescues herself.

Enchanted (2007): When evil Queen Narissa (Susan Sarandon) exiles would-be princess Giselle (Amy Adams) to New York City to prevent her from marrying Prince Edward (James Marsden), a jaded but dreamy divorce attorney (Patrick Dempsey) temporarily takes her in. You don’t have to be a subject of the fairy-tale kingdom of Andalasia to guess what happens next.

Roman Holiday (1953): This 1950s rom-com is a classic for a reason. Audrey Hepburn plays Ann, a princess who’s bored with her sheltered existence and flees to try to experience a normal life. Along the way, she meets and falls in love with an American journalist (Gregory Peck) in Rome. Stock up on tissues for the end.

The Princess Diaries (2001): Anne Hathaway made her film debut living out a fantasy: finding out that you’re actually a princess and heir to some faraway throne. Like any good teen movie about an outcast who’s suddenly “popular,” Mia (Hathaway) struggles with her newfound status but discovers that her true friends — and true love — are the people who like her for who she’s been all along.

The Princess Diaries 2: Royal Engagement (2004): Unlike its predecessor, the sequel isn’t based on any of the books of the same name, and while it lacks some of the youthful charm of the first, it also sees Mia breaking royal tradition and standing up for women left and right — not unlike Meghan Markle. Plus, as the title suggests, there’s a (dramatic) royal engagement in this one. What’s not to love?

The Princess Bride (1987): This ’80s classic has stood the test of time as one of the all-time great royal love stories. There’s action, comedy, suspense, and — of course — the ultimate fairy-tale romance between Buttercup (Robin Wright), who almost has to marry an evil prince, and Westley (Cary Elwes), the handsome and doting farmhand who helps rescue her.

Ella Enchanted (2004): What is it about Anne Hathaway that makes her so suited to royal romances? Unlike in The Princess Diaries, Hathaway’s character, Ella, is the one marrying into royalty in this movie, as she escapes her new step-family to be with Prince Charmont.

A Christmas Prince (2017): It’s probably not surprising that a lot of the best fictional royal love stories are set during the holidays; the inherent magic of the Christmas season feels like a fairy-tale on its own. Netflix had a viral sensation on its hand with A Christmas Prince last year — partly because of the film, about an undercover journalist who falls in love with an adopted prince, but also because of its now-iconic tweet roasting the film’s most dedicated viewers.

The Prince and Me (2004): This movie is the perfect portrayal of what happens when a commoner (Julia Stiles) falls in love with a real-life prince (Luke Mably) and has to choose between becoming a princess and pursuing a career. Extra points for a prince who encourages her to follow her heart — and her dreams.

A Royal Christmas (2014): We already know the Hallmark Channel is the ruler of all things Christmas and romance; why not add a little royalty in there, too? In this made-for-TV film (which you can buy on Amazon), Lacey Chabert stars as a seamstress who discovers that her boyfriend is actually a prince. She heads home with him for the holidays, but she has her work cut out for her trying to convince the queen (Jane Seymour) that her lowly, commoner self is suited for royalty.

Cinderella (2015): Like Ever After, the 2015 adaptation of Cinderella aimed to paint the protagonist (Lily James) as a young woman empowered enough to create her own destiny, even within the traditional framework of marriage (to a prince, no less). This one is worth a watch for the aesthetics alone — it was even nominated for an Oscar for costume design. Pure fairy-tale magic.

Harry & Meghan: A Royal Romance (2018): Lifetime’s movie about Prince Harry and Meghan Markle’s romance will make its big debut on May 13. And if it’s anything like the network’s William & Kate feature, which aired before Prince William’s wedding to Duchess Kate Middleton in 2011, it’ll be everything you want in a Lifetime movie.

Do you have a favorite royal romance? Let us know @BritandCo!