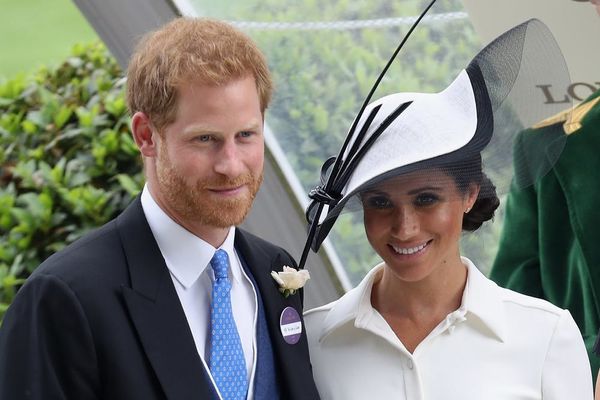 On Monday, October 15, Meghan Markle and Prince Harry announced that they are expecting their first child in the spring of 2019 — which means another royal baby will be added to the line of succession to the British throne.

Currently, Prince Harry is sixth in line to the throne. His first child will be seventh, bumping Prince Andrew, the second son of Queen Elizabeth II, into eighth place. His eldest daughter, Princess Beatrice, will be ninth, and his youngest, Princess Eugenie, who married her longtime love Jack Brooksbank at St. George’s Chapel at Windsor Castle on Friday, will move down to tenth in line to the throne.

The new baby will of course still be behind his cousins Prince George, Princess Charlotte, and Prince Louis, because their father, Prince William, is older than Harry and remains second in line to the throne, after his father, Prince Charles.

The good news for the royal baby is that its sex will not be a factor in where it falls in the line of succession. Similarly to when Prince Louis was born in April 2018, Princess Charlotte’s spot did not change thanks to the Succession to the Crown Act of 2013, which made it so that the line is determined by birth order, regardless of sex.

The new line of succession to the British throne will be: