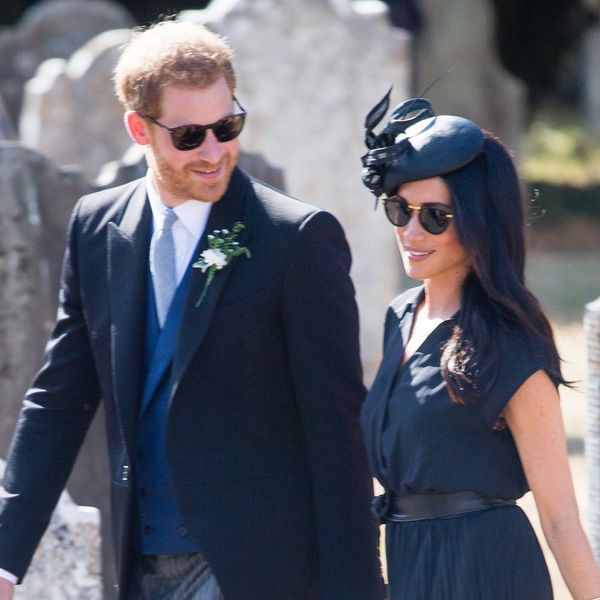 Happy birthday, Duchess! Today, August 4, Meghan Markle turns 37 years old, and while she’s spending the day celebrating someone else by attending a friend’s wedding, the royal family is making her the center of attention on social media.

The Duke and Duchess of Sussex, who enjoyed their own nuptials back on May 19, spent Saturday as guests at the wedding of Prince Harry’s longtime friend Charlie van Straubenzee to Daisy Jenks in Surrey. It was previously suggested that Harry would act as van Straubenzee’s best man, but it now appears that the prince instead took on the role of an usher. And although Prince William and Duchess Kate Middleton did not attend, Princess Eugenie and her fiancé, Jack Brooksbank — who will be married themselves on October 12 — were present for the romantic occasion.

Meanwhile, on Twitter, the rest of the royal family sent their love to Markle on her first birthday as a duchess.

“Happy Birthday to HRH The Duchess of Sussex,” the official Royal Family account tweeted with a picture of Markle sitting and smiling with the Queen.

Clarence House, which tweets on behalf of the Prince of Wales and the Duchess of Cornwall, Charles and Camilla, posted a photo of Markle with her in-laws, writing, “Wishing HRH The Duchess of Sussex a very Happy Birthday.”

Kensington Palace‘s Twitter account, which represents Prince Harry and Duchess Meghan, as well as Prince William and Duchess Kate, also posted a photo of Markle. “Thank you everyone for your lovely messages on The Duchess of Sussex’s birthday!” the tweet read. It even included the #HappyBirthdayHRH hashtag, which is currently flooded with well-wishes for the new royal.

How did you spend your last birthday? Let us know @BritandCo!