Is Meghan Markle a Bigger Style Influencer Than Kate Middleton? We Investigate 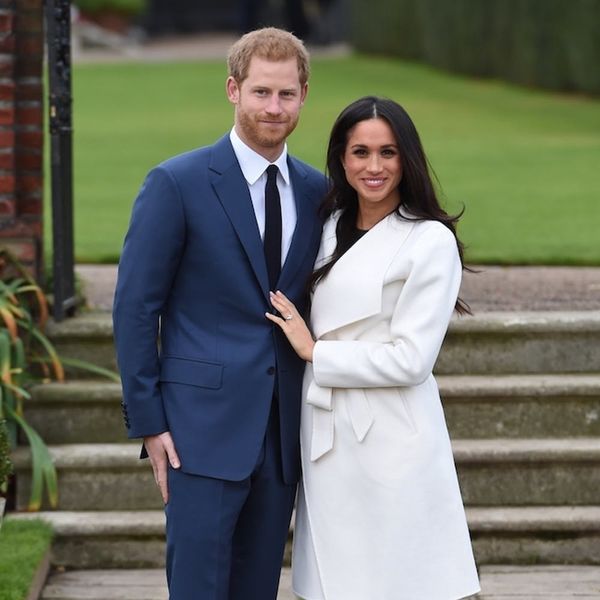 There’s no denying that celebrities have an effect on fashion and retail sales: A photo of a megastar spotted in a particular brand can give that label an instant boost — even more so when said celebrity is of royal status. Exhibit A: Kate Middleton. The Duchess of Cambridge became an overnight influencer the moment she announced her engagement to Prince William, with industry experts dubbing her retail reverberations “The Kate Effect.” (Newsweek estimated in 2012 that the phenomenon was worth more than $1 billion annually to the UK fashion industry.) It seemed no one could match, let alone beat, her impact on sales. That is, until Meghan Markle came along.

Markle’s effect on retail was noted almost instantly. Brand Finance, a British consultancy that specializes in brand valuation, noted that she could contribute 150 million pounds ($209,057,850) annually to British fashion, just by unofficially endorsing brands (AKA wearing them out). She “will quickly match or even surpass the Duchess of Cambridge in her incredible influence on the fashion industry,” the company’s chief executive told Business of Fashion.

Whether it’s her trendier, decidedly American style or her approachable “commoner” status, or a combination of both, is nearly impossible to tell. As she prepares to say “I do” to Prince Harry, the former Suits actress is about to cement her royal status officially — and is poised to potentially pass Kate as the family’s most effective style star. We did a little research into some of their favorite brands to see just how these two women stack up when it comes to sales. (Photo via Chris Jackson — WPA Pool/Getty)

When Markle was snapped carrying the brand’s Tricolor Midi Tote at her first official engagement with Prince Harry, the handbag sold out across all international retailers — within 11 minutes. According to the brand, web traffic to Strathberry’s site increased by 5,000 percent and over 3,000 shoppers signed up for stock updates on Markle’s tote. Dayum. She was already hot on the heels of her famous future sister-in-law, who once wore a dress by Anita Dongre that, according to Forbes, created so much demand the designer’s factory temporarily was forced to shift production from all of its other styles exclusively to produce that one Middleton-approved dress. (Photo via Steve Parsons/PA Wire)

Markle has worn Sarah Flint 25 times since 2015, often repeating her favorite styles. The brand reports the Natalie flat that Markle wore with ripped Mother jeans to the 2017 Invictus games (one of her first public appearances as Harry’s girlfriend) has been particularly hard to keep in stock and is currently still sold out. The effect is reminiscent of the Duchess, who also has her loyalties when it comes to footwear, and is often seen in her favorite L.K.Bennett Sledge pumps. The brand tells us, “We typically see traffic to the website double when the Duchess wears anything from L.K.Bennett.” (Photo via Samir Hussein/WireImage)

Markle’s flats weren’t the only item to cause a retail commotion: She carried Everlane’s Day Market Tote to the 2017 Invictus Games as well, spurring a wait list for the handbag of around 20,000 people, as reported by the brand. According to Business of Fashion, when Everlane founder and chief executive, Michael Preysman, was asked to come up with an equivalent celebrity, he said: “Angelina Jolie.” Oh, OK. No big deal. (Photo via Chris Jackson/Getty Images for the Invictus Games Foundation)

For her engagement announcement with Prince Harry, Markle donned a white wrap coat by the Canadian brand Line the Label and caused a fashion frenzy. The coat sold out almost immediately and the label’s website crashed, according to Business of Fashion. This kind of mad rush to cop her look can be a blessing and a curse. When Middleton’s Issa engagement dress created a wild demand the niche designer couldn’t meet (it sold out of Harvey Nichols in less than 24 hours), it caused the designer to walk away from her business due to stress, as she recalled to Elle. (Photo via Eddie Mulholland-WPA Pool/Getty)

Are you more a Kate or a Meghan when it comes to fashion? Let us know @BritandCo!