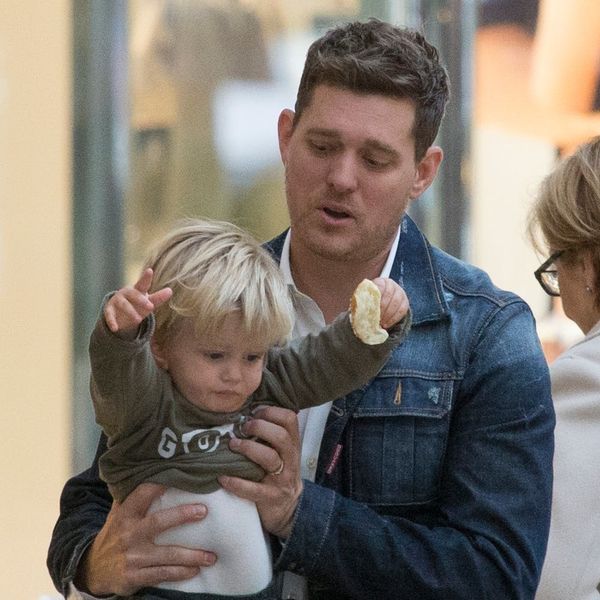 Fans were heartbroken to learn that Michael Bublé’s three-year-old son had been diagnosed with cancer back in November. And while the loving father and famous singer has taken time off of work to dedicate every moment to little Noah, it’s undoubtedly been a truly difficult time for the family. That’s why we’re thrilled to hear an update from Michael himself, and the news is thankfully very good.

Giving an update directly to US Weekly, Michael filled in fans, saying, “We are so grateful to report that our son Noah has been progressing well during his treatment and the doctors are very optimistic about the future for our little boy.” OMG, YAY!!!

Michael continued, “He has been brave throughout and we continue to be inspired by his courage. We thank God for the strength he has given all of us.”

The adoring father added, “Our gratitude to his doctors and caretakers cannot be put into words. We’d also like to thank the thousands of people that have sent their prayers and good wishes to us. As we continue this journey, we are greatly comforted by your support and love.”

Such awesome news! We’re rooting for you, little Noah!

Did this update from Michael Bublé about his son brighten your day? Tweet us @BritandCo!

(h/t US Weekly; photos via Iconic/Getty)