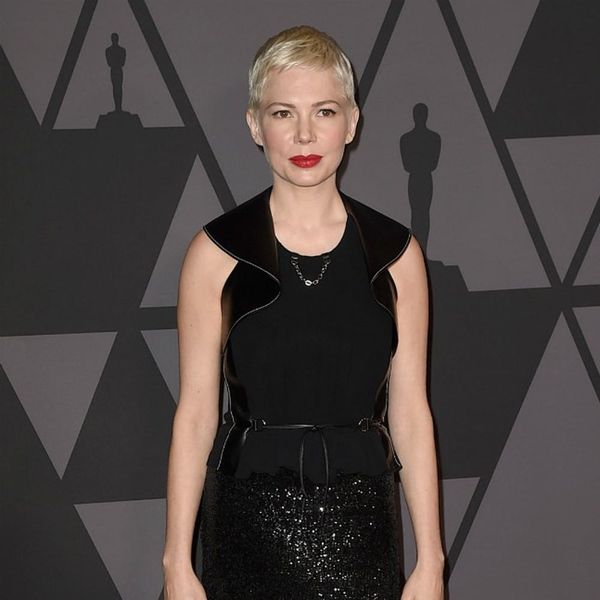 If Michelle Williams was ever worried about the outcome of her upcoming movie All The Money In The World, it’s gone now. When allegations of sexual misconduct with a minor came up against her co-star, Kevin Spacey earlier this year, the film’s director, Ridley Scott decided to remove him not only from the set, but from the film entirely, and swiftly re-shot his scenes with Hollywood legend Christopher Plummer.

In an interview with People, 37-year-old Williams speaks candidly about the film’s changes, and how she feels about the future in light of how swiftly her recent film acted in the wake of scandal — with hope for the future and pride in how her colleagues are behaving on set today.

“It’s kind of beautiful,” Williams admitted. “It can be done [reshoots], rewriting the ending to something. We had the resources to do it and not everyone is lucky enough to be able to rewrite endings. I know that meant a lot to me personally to go from this sort of sad story of what happens in the fallout of this kind of behavior, and how many other lives are affected, no lives more than the people that Kevin hurt. It was disheartening. It felt so defeatist. And so I’ve enjoyed being part of this story. It makes other things seem possible.”

Williams also noted the “more professional” behavior on set since reshooting All The Money In The World with Plummer and Mark Wahlberg. She believes that the onslaught of misconduct allegations against so many Hollywood players is ushering in a positive change. Where others may feel despair at the number of stars who have been revealed as potential perpetrators, Williams feels hope.

“It’s been such an interesting time in the last few months,” the Blue Valentine actress told People. “It’s been on one hand brutalizing and traumatizing and on the other hand I feel like its given me this like swoop of energy I’m not really accustomed to, it’s amazing. I feel alternate endings are possible all over the spectrum at this point in time. I feel like everything’s up for grabs.”

As for the future, the single mom feels excited about the changes she’s watching in Hollywood, and how they are affecting every facet of movie making. “I feel like there’s a chance for change and that’s exciting I’m going to be a part of it,” she said.

"Christopher Plummer unleashes a remarkable Oscar®-Worthy performance." Don't miss ALL THE MONEY IN THE WORLD in theaters TOMORROW. Get tix (link in bio).

All The Money In The World is the true story of the kidnapping of millionaire J. Paul Getty’s grandson, John Paul Getty III, at the hands of mobsters for a ransom that the patriarch refused to pay. At the time of John Paul Getty III’s kidnapping, the eldest Getty was both the richest man in the world and the richest man who had ever lived.Getty III was the father of actor Balthazar Getty.

The film was released on Christmas day.

Will you check out All The Money In The World? Tell us @BritandCo!