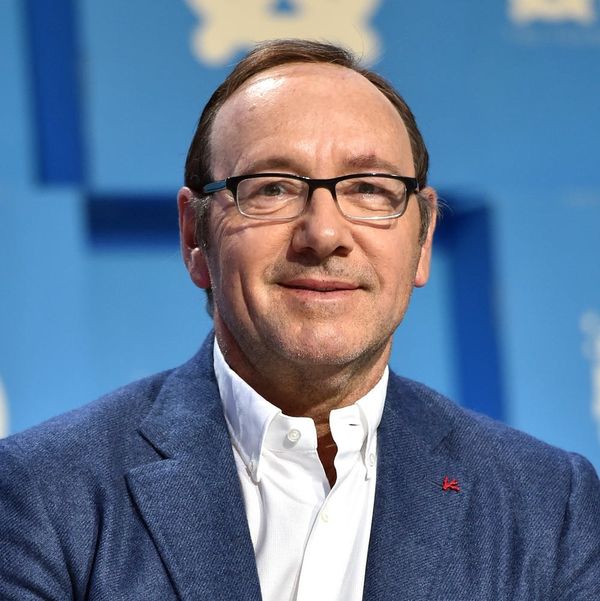 Change is most definitely afoot in Hollywood. As we saw with the outrage surrounding a recent Harry Styles performance, during which a fan grabbed the singer inappropriately, the ripple effect from the Harvey Weinstein allegations is not a one-gender issue. Just this Sunday night, actor Anthony Rapp came forward with an allegation that Kevin Spacey made an unwanted sexual advance toward him when Rapp was just 14 years old.

The Star Trek: Discovery actor told Buzzfeed that he became acquainted with Spacey in 1986, when both men were starring in Broadway plays, often attending post-show social events around NYC together. The House of Cards actor, 26 at the time, eventually invited Rapp to his apartment for a party.

“I didn’t know anyone, and I was quickly kind of bored,” Rapp, 46, said, adding that he was the only non-adult there and that he spent much of the evening watching TV in the bedroom, where the Oscar-winner eventually joined him.

“He picked me up like a groom picks up the bride over the threshold. But I don’t, like, squirm away initially, because I’m like, ‘What’s going on?’ And then he lays down on top of me,” Rapp alleges. “He was trying to seduce me. I don’t know if I would have used that language. But I was aware that he was trying to get with me sexually.”

Spacey responded swiftly, taking to social media to offer an apology. He also chose to announce his truth to the world in the moment, coming out as a gay man.

In a statement to Twitter, the actor wrote, “I have a lot of respect and admiration for Anthony Rapp as an actor. I’m beyond horrified to hear his story. I honestly do not remember the encounter, it would have been over 30 years ago. But if I did behave as he describes, I owe him the sincerest apology for what would have been deeply inappropriate drunken behavior, and I am sorry for the feelings he describes having carried with him all these years.”

From there, he continued on to address another part of his life: his sexuality. “This story has encouraged me to address other things about my life,” Spacey’s statement continued. “I know that there are stories out there about me and that some have been fueled by the fact that I have been so protective of my privacy. As those closest to me know, in my life, I have had relationships with both men and women. I have loved and had romantic relationships with men throughout my life, and I choose now to live as a gay man. I want to deal with this honestly and openly and that starts with examining my own behavior.”

The announcement has received much criticism, with many in the LGBTQ+ community deeming it an attempt to detract from the sexual misconduct allegations at hand. Comedians such as Wanda Sykes and Billy Eichner have already spoken out against the statement, with Eichner calling it “irresponsible and dangerous.”

Rapp, for his part, acknowledged that it was a growing public conversation about sexual abuse and harassment in Hollywood that led to his decision to speak out.

I came forward with my story, standing on the shoulders of the many courageous women and men who have been speaking out 1/3

to shine a light and hopefully make a difference, as they have done for me. 2/3

Everything I wanted to say about my experience is in that article, and I have no further comment about it at this time.

“I came forward with my story, standing on the shoulders of the many courageous women and men who have been speaking out to shine a light and hopefully make a difference, as they have done for me,” he tweeted. “Everything I wanted to say about my experience is in that article, and I have no further comment about it at this time.”

What do you think of Kevin Spacey’s statement? Let us know @BritandCo.