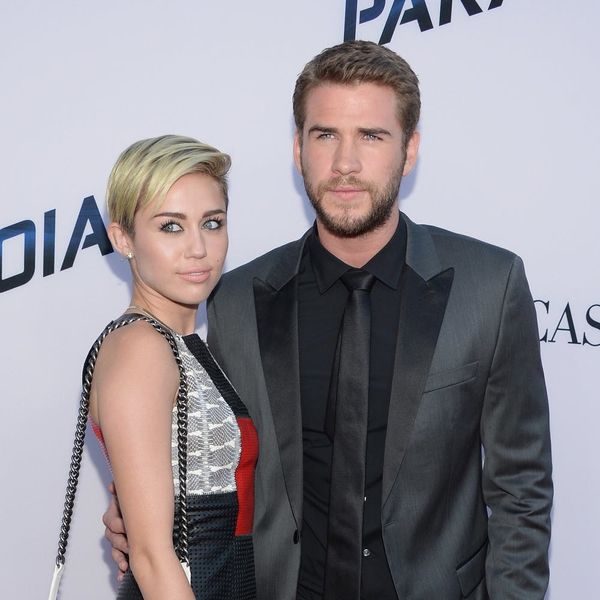 With plenty of celebs being super public with their news (and we have to say we LOVE the wedding deets, pregnancy announcements and all that jazz), there are other stars who prefer to keep things private — like super-duper top secret, as with Jennifer Aniston and Justin Theroux’s secret wedding. If rumors are to be believed, we’re giddy over the news that Miley Cyrus is currently (stealthily) planning her wedding. Even though Liam Hemsworth is still saying that they’re not engaged. Who knows?

What might be awkward crossed-signals in other relationships, with Miley and Liam it seems more like a plan to keep the precious deets a secret until BAM! Wedded bliss. The couple, who called off their first engagement in 2013, have been back together since December, giving us occasional hints at their relationship status with Miley once again wearing her engagement ring and being seen out with her apparent fiancé at family-related Hollywood events.

According to Us Weekly, Miley has recruited her mom, Tish, to help her plan a summer wedding. Perhaps a theme of love, sunshine and new beginnings? That or, according to the same source, “It’s possible they’ll just run off to Vegas and tie the knot!” Well, that would be cool too! When it comes to celebrity gossip, we’re most interested in the ones we can pin on Pinterest ;) and for Miley and Liam, well, you know those nuptials are going to be something to behold.

Did you keep your wedding details a secret before the big day? Tweet us @BritandCo!