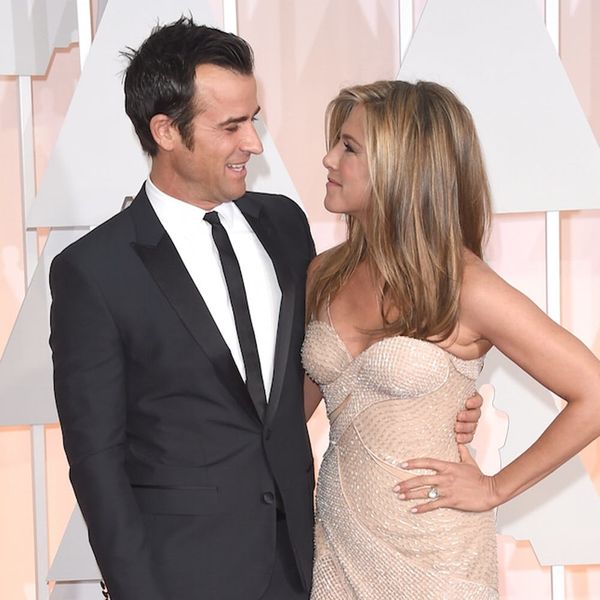 Most weddings have save-the-dates, invitations and the whole she-bang, and in Hollywood, you get a few massive, headline-making affairs (please see: Kimye’s wedding). With the more private celebs, there’s a huge trend sweeping Hollywood right now with getting married in secret and the latest pair to shock their friends and fam is Jennifer Aniston and Justin Theroux! According to Entertainment Tonight, the pair tied the knot during a secret ceremony last night. The couple met on vacation in 2011, got engaged in 2012 and wedding speculation has been rampant ever since. It’s no wonder they decided to keep it under wraps.

Jennifer and Justin not only surprised us, it sounds like they may have surprised their guests, including singer Sia, Ellen DeGeneres, Chelsea Handler, Friends friend Lisa Kudrow and even couple Emily Blunt + John Krasinski. The night was actually masked as a birthday party for Justin.

The super private celeb couple are the latest in partaking in this hush hush wedding trend. Ashton and Mila secretly wed over Fourth of July weekend. Blake Lively and Ryan Reynolds were another A-List pair who decided to keep their nuptials on the DL. Leighton Meester and Adam Brody’s wedding details are still a closely guarded secret, even though they have a little one on the way.

Congrats, Jen and Justin! And, here’s another reason to make sure to RSVP to every invite you get these days.

What do you think of Justin and Jen’s secret ceremony? Would you do something like this yourself? Tell us in the comments below!

Kimberly Wang
Kimberly Wang writes about all things pop culture, tech, style, and beauty. She's a Bay Area transplant and has an MFA in Creative Writing from Columbia University. On a sunny New York day, you can find her hanging out with her mini schnauzer Isabelle Jellybean on a blanket in Central Park.
Party
More From Party