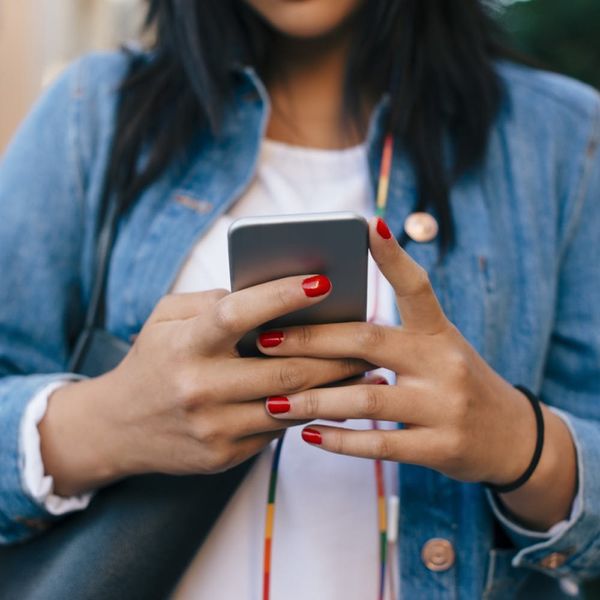 If you had told most of us a decade ago that a piece of technology would hit the market that would soon have people around the world glued to its screen all hours of the day and night — sometimes even afraid to leave home without it — we probably wouldn’t have believed it. Yet here we are. Since the introduction of the smartphone, usage of the do-everything device has become so utterly ubiquitous that it’s turned into our culture’s most acceptable addiction. Experts estimate the average American checks their phone 80 times a day (with 10 percent of users checking three times as often). Enough people feel genuinely incapable of functioning phone-free that recovery programs have popped up nationwide to treat “smartphone addiction.”

Perhaps you don’t actually require inpatient treatment to enjoy a digital detox, but you’ve found yourself longing for the good old days before you “needed” the constant comfort of that reassuring rectangle in your back pocket. Maybe you’ve found yourself caught up in mindless usage all too often, and it’s taken a toll on your mental health. Wouldn’t you like to feel like you control your phone, instead of the other way around? If so, here’s a look at some ways to bring conscious intention back to your phone usage.

1. Try an app. While it sounds counterintuitive to add to your phone to reduce usage, that’s exactly the purpose of numerous up-and-coming apps. Siempo, for example, is one such tool for Android phones. This app reorganizes your phone’s interface, explains CEO Andrew Dunn, “to protect against the persuasive techniques of addicting apps, empowering users with tools to calm their home screen, create distance between distracting apps, and batch notifications in order to prevent unconscious use.” Neuroscientist Stephanie Shorter, PhD, who helped with the science behind the app, adds: “Siempo started with brain and behavior science to create digital experiences that empower people to focus on what is really important to them.” Other addiction-curbing apps to try include Freedom (iOS, Mac, and Windows), Moment (iOS), and Space (iOS, Android, and Chrome).

2. Embrace the old-school. The beauty of the smartphone is, of course, that it’s not just a phone. Its computing power means it also plays music, tells you the time, opens your garage door, updates your podcasts, keeps you in touch with family and friends, and sounds an alarm when you need waking. But this all-in-one ability often leads to mindless usage. We reach for the phone for one purpose (to check the time, let’s say) but end up distracted by one of its many other compelling features. Five minutes later, we’re scrolling through Facebook wondering what happened. Allowing other single-purpose devices to perform certain tasks may actually encourage more mindful phone use. Wear a wristwatch, set a regular alarm clock, or listen to the radio in the car to eliminate unnecessary temptation.

3. Ask mindful questions. Questioning your purpose when you reach for the phone can help you consider the necessity of your actions. If the first thing you do when you arrive at work is check email, for example, it makes little sense to do so going 65 on the freeway during your commute. Asking yourself, “Will I look at this soon anyway?” “Do I have time right now to respond to messages or notifications?” or “What will happen if I don’t look at my phone now?” can provide a mindful pause. Much of the time, whatever we “need” to do can be saved for later.

4. Set specific boundaries. For the sake of your mental health, you’ve probably set boundaries with certain toxic people in your life. Maybe it’s time to set some with your phone too. (It’s not really so different from telling a needy friend to please stop calling you after 10pm.) The specifics are up to you, but instituting limits could look like never bringing your phone to bed, not unlocking it until you get to work in the morning, or reserving one sacred hour of the day without it.

5. Go gray. How excited would you be if a friend invited you to see the new Avengers movie… in black and white? You’d probably find a nice way to turn them down. Similarly, increasing numbers of smartphone users are finding that the simple trick of grayscaling their phones puts a dent in their usage. Since color is a known sensory and emotional stimulant, removing it significantly reduces your phone’s attention-grabbing appeal. Google a quick tutorial for how to go gray on your particular phone.

6. Leave it behind. It certainly makes sense to take your mobile with you on a road trip. But do you really need it for those short little jaunts around the neighborhood? When running down the street to grab the kids from school or out to the store for milk, experiment with leaving the phone behind. You may experience a surprising sense of liberation. (Even on the off chance you find yourself in some emergency that necessitates a phone call, you can be sure everyone around you will have their phone anyway.)

Are you trying to use your phone more mindfully? Tweet us at how @BritandCo!

Sarah Garone
Sarah Garone is a mom, wife, nutritionist, and freelance writer in Mesa, AZ. She loves music and travel, speaks fluent German, and does a lot of running (to counterbalance the surprising amount of cookies she eats for being a nutritionist). Find her sharing great recipes and helpful nutrition info at A Love Letter to Food.
Adulting
Creativity
Adulting Android Apps Apps Healthy Living iOS Apps Mental Health Self Self Care