Mindy Kaling Says Being a Mom Is ‘Really Profound and Strange’ 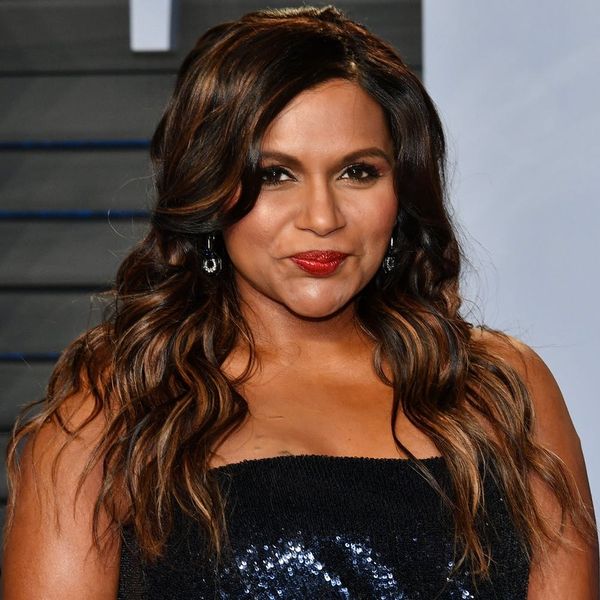 Mindy Kaling has made some interesting discoveries since she became a mother — and we’re not just talking about the fact that Oprah Winfrey is one heck of a gift-giver. Sitting down on The Late Show With Stephen Colbert on Thursday to talk about her new movie, A Wrinkle in Time, the first-time mom took a few moments to chat about parenthood and the ways in which it has changed her life.

After pointing out that she was appreciating the time away from her two-month-old daughter, Katherine — and also mentioning that she didn’t realize she would have to get up every three hours with a baby in the house — the Ocean’s 8 star revealed that she’s finding the process of welcoming a child into her life a transformative one. “It’s really profound and strange,” she told Colbert. “I was not a kid person at all. I was the person, if you had a baby at a party, I would go up to them and shake [the baby’s] hand and be like, ‘Hello.’ So I didn’t know [or] understand how to be around babies. I was on planes [and] when babies would cry, I would be mad at the families.”

Having her own little one has changed her response to those kind of situations. “Now I’m like, ‘Oh, let them cry. Let them do whatever they want. They can sit on me and poop if they want. Whatever they want,'” she joked. “Now I know more.”

She went on to thank Colbert for the present that he and his wife, Abby, sent over — an all-white onesie, bib, hat, and more from Pixilily. Kaling thought it was a rather “fancy” gift and joked that it was a “very old-fashioned” outfit that would be perfect if she were whisked back in time to the days of the Titanic, where she might clutch her child to her breast while sailing toward a new future.

Colbert, for his part, couldn’t help but ask how his gift compared to the one that Winfrey sent — a customized bookshelf filled with personalized books for the little one. Kaling was truthful when she answered, “I love the outfit that you and Abby gave me. It’s so beautiful and nice. But it straight up sucks compared to what Oprah gave me.” She did add, though, “I mean that with love.”

In what ways did you find becoming a parent profound and strange? We’d love to know @BritandCo!