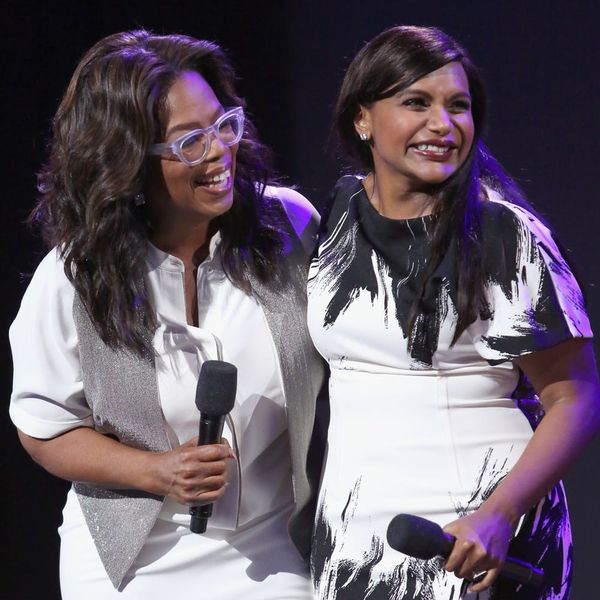 Even though Oprah Winfrey announced that Mindy Kaling was expecting a baby before the new mom had a chance to share the news herself, there are definitely no hard feelings between the two. Proof of that is in the touching gift the former talk show host sent to her A Wrinkle in Time costar. The present was so big, it had to be delivered by a U-Haul truck.

Kaling told USA Today that back in December, she got a call from her assistant saying that Winfrey wanted to drop off a present for the newborn. She assumed it was a bouquet of flowers. But then Kaling’s assistant told her that two men were on their way to her house to deliver the present in a U-Haul truck.

“All you want in your life is to hear that two men in a U-Haul truck are coming to your house because Oprah sent them,” the actress told USA Today. “I was supposed to go to work that day [but I was like], I gotta be here.”

Kaling said that when the truck arrived, they brought out “a hand-carved bookcase, prettier than any professional dollhouse you had ever seen, that contained a hundred of the classic essential books in children’s literature.” On top of that, each book was labeled, “Katherine’s Book Club.” (Katherine is the name of the Champions actress’ lucky little one.)

The present sounds pretty incredible to us, but it turns out that the gift-giver herself wasn’t 100 percent pleased with it. Sitting next to Kaling in the USA Today interview, Winfrey added, “It wasn’t as perfect as I wanted it to be.” Apparently, the bookcase was supposed to resemble the treehouse home of Mrs. Who, Kaling’s character in A Wrinkle in Time. The new mom joked, “Now it only looks like a beautiful castle.”

If you had the kind of money that Oprah has, what kind of gifts would you buy your friends? Let us know @BritandCo!